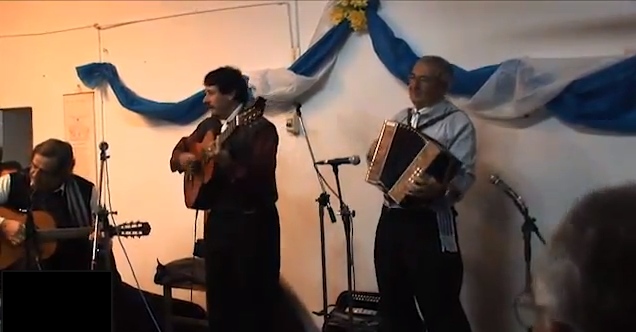 LatinaLista — Every Latin American country has their own distinct music that has put that country on the cultural map. Whether it’s the passionate tango of Argentina, Mexico’s cumbias or the Andean musical style of Peru, each sound is unique and recognizable throughout the Americas.

However, one style of music that is not as widely known, as, unfortunately, the country itself from where it originates is the rural dance music of Uruguay. Since the 1800s, Uruguayan gaucho families have had their own accordian-style dance music that has been played at festivals and is intertwined not just in the culture of the country but in its identity and legacy.

The video follows the efforts of Uruguayan accordian master, Walter Roldán, as he preserves the rural music style of Uruguay by assembling a group of all-star musicians to create an album that he hopes will increase awareness of the country’s cultural roots.

accordian, featured, gauchos, music, Uruguay
Previous Post Another city takes immigration reform into its own hands — riling conservatives in the process
Next PostGuest Voz: Which way Florida Latinos swing in November depends on which candidate is the most economically fair

Another city takes immigration reform into its own hands — riling conservatives in the process
Comment
Guest Voz: Which way Florida Latinos swing in November depends on which candidate is the most economically fair