Latina Lista: News from the Latinx perspective > Media > Videos > Intrn’l Video: Listening to the voices of Buenos Aires through its street art

Intrn’l Video: Listening to the voices of Buenos Aires through its street art 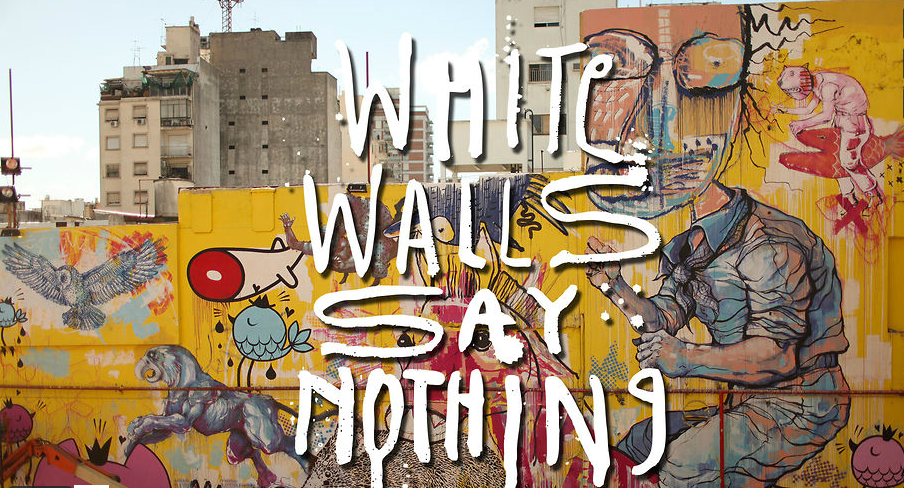 LatinaLista — Argentina has seen its share of sorrows. From the dirty wars of past dictators to the economic crisis that ravaged the country, it was natural that the people should have a history of feeling hopeless — and voiceless. Yet, artists in Buenos Aires banded together to eradicate that legacy. They created a new language through art.

Not on framed canvasses but on the whitewashed walls of public buildings. These ‘activist artists’ claimed outside spaces as their own personal studios and the walls gave voice to the language that was used as either political statements, commentaries on life or just to put a smile on faces.

Known as graffiti in the rest of the world, what has evolved in Buenos Aires is what some are describing as a rebirth, not just in art but in the freedom of self-expression and voice. Because of the artists, the city has been transformed into a vibrant, living gallery where pedestrians don’t know what colorful and impactful message awaits them at each turn of a city corner.

The stunning and dramatic Buenos Aires street art is the subject of a new film-in-progress titled White Walls Say Nothing. The filmmakers, who have been working on the film for the past two years, have created a Kickstarter campaign to raise money to finish the project — and amplify the voices of a people who rediscovered the power of their voices.

Buenos Aires is a complex, chaotic city. It has European style and a Latin American heart. It has oscillated between dictatorship and democracy for over a century, and its citizens have barely known political or economic stability.

Throughout Buenos Aires’ turbulent history, successive generations of activists and artists have taken to the streets to express themselves, through words and through art. This has given the walls a powerful and symbolic role. They have become the city’s voice.