Latina Lista: News from the Latinx perspective > Media > Videos > Latino poet ‘slams’ violence the only way he knows “How to fight” 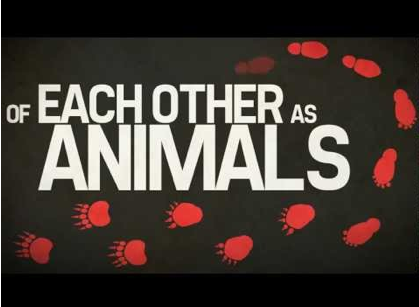 LatinaLista — Carlos Andrés Gómez is an award-winning international poetry slam champion, actor, playwright and author of the coming-of-age memoir “Man Up: Cracking the Code of Modern Manhood,” to be released in the fall of 2012. He is also concerned about the violence men and boys are inflicting on each other.

It’s a violence that enrages him to fight back the only way he knows how:

On Saturday, a man shot 8 people at the Eaton Centre in downtown Toronto. At a mall I’ve visited many times in a city I love dearly.

This past February, a man shot 3 people half a block from my apartment in Brooklyn.
In high school, a man shot my friend’s cousin after he broke up a fight at a nightclub.

It is time for us to break this cycle. Today. Here. Right now.

Men and boys worldwide are caught in cycles that leave us speaking to one another in a language of violence…let’s start something.

In a creative multi-media collaboration – Carlos’ live audio poetry performance combined with powerful typography and graphics — Carlos shares his message of anti-violence to a generation struggling to learn “How to fight” — the right way.

Previous Post Latino high school valedictorian delivers speech in Spanish —and it's no big deal
Next PostA new genre of music: Spanish with an English ‘swag’ to it

Latino high school valedictorian delivers speech in Spanish —and it's no big deal
1 Comment
A new genre of music: Spanish with an English ‘swag’ to it