LatinaLista — After the defeat of Mitt Romney in the 2012 presidential election, there was general agreement among the GOP that they really didn’t know Latino voters, who had voted overwhelmingly for Obama. Some argued that all it would have taken to reach Latinos was to have been less hostile and dogmatic in their approach to the DREAM Act and immigration reform. 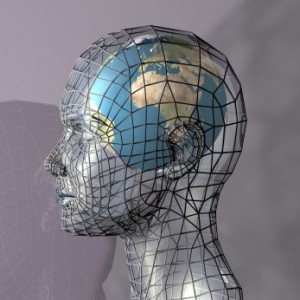 But Latinos are much more than just about immigration reform. In fact, if GOP leaders had had their Latino IQ measured they might have found out before it was too late just how disconnected they really were from the fastest growing demographic in the nation.

It’s something that Dallas research psychologist, Dr. Edward T. Rincón, thinks more organizations, businesses, marketers and researchers who want to reach Latinos should find out before they create wrong strategies, conduct misguided outreach or base assumptions on stereotypical information.

To help people, both Latinos and non-Latinos, measure how well they do know the Latino population, Dr. Rincón developed the Test of Latino Culture (TLC).

Consisting of “20 multiple-choice questions that focus on selected dimensions of Latino culture, such as ethnic identity, language behavior, demographics, immigration issues, lifestyle, and research insights,” Dr. Rincón and his team administered a pilot test online in the Spring of 2012 to college students in Texas and Florida and advertising industry professionals via the Advertising Age website.

Having a mix of both Latino and non-Latino respondents yielded some interesting, if not surprising, insights. For example, both Latinos and non-Latinos scored basically the same when it came to what they knew and didn’t know about Latinos in general. Also, the one thing that made the biggest difference in a person’s score was the level of education he/she had.

Some other insights were:

Some of the specific issues that were answered incorrectly by 50 percent or more of the respondents:

While Dr. Rincón concedes that improvements need to be made to the test to make it a more useful tool, he argues that as more companies and organizations reach out to Latinos it just makes sense that the people conducting the outreach have a minimum level of knowledge about Latinos.

In a press release announcing the results of the pilot survey, Dr.Rincón shared,” …we envision several practical uses for the test: a tool that can be added to other screening tools for job applicants, a warm-up tool for workshops or college classes, a periodic check for professionals who work with Latinos, and as a diagnostic tool to identify workforce training needs.”

President's announcement for pre-school for every child is perfect timing for renewed push of national bilingual literacy program
Comment
Intrn'l Video: A celebration of childhood in rural Nicaragua