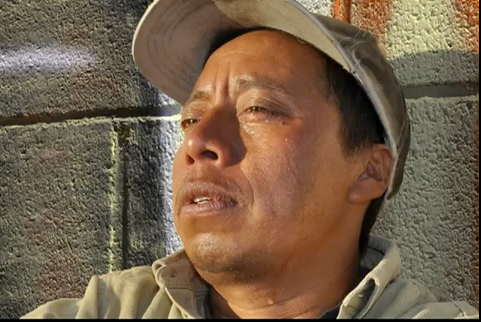 LatinaLista — Deporting undocumented immigrants has been the one and only way the United States has chosen to deal with the issue of unauthorized immigration — until the President’s administration’s surprise announcement of temporarily deferring the deportation of undocumented young people.

However, that announcement doesn’t help adults over the age of 30 from finding themselves rounded up by Immigration and Customs Enforcement (ICE) agents and deported. But where are these people deported to?

One place is Mexicali, Mexico the capital of the State of Baja California and second largest city in Baja California. The city, located in a desert region at the US-Mexico border across from Calexico, California, has one of the highest standards of living in Mexico — and is a routine drop-off of deported immigrants from the United States.

To Mexicali resident, Miguel Omar, the sight of the deported immigrants invoked a sadness that compelled this young engineering consultant, and songwriter hobbyist, to compose a special tribute to them. Titling it “I left — The song of the migrant,”

Omar emailed Latina Lista to explain why he wrote the song.

“I wrote this song because in the city I live, Mexicali, Mexico, it’s a desert place on the border with California and through here migrants from Central America and Mexico pass, and sometimes die, on their way to the United States. There are also many migrants here who have been deported from the USA. We see them (the deported migrants) here in the streets, the parks, in the churches asking for help to eat. There are organizations that help them for a few days by giving them food and a roof over their heads, but only for a few days because more and more are always arriving.

“The song is sad because it is about a harsh reality. I have seen many people cry over this song.”

Since Omar released “Me Fui,” he has been interviewed by news outlets from Miami to Caracas. Though the song has attracted much attention on YouTube, his dream is to have it recorded by a popular recording artist so that it will be played over the radio and raise awareness about the plight of the deported.