Latina Lista: News from the Latinx perspective > Life Issues > Children > Latino parents guilty of moving their children out of car and booster seats too early

LatinaLista — Most everybody knows that not only are seat belts required by law but that they save lives. Unfortunately, there are some parents who think that as long as they have their kids strapped into a car seat their kids will be as safe as the adults in their seat belts — not entirely true. 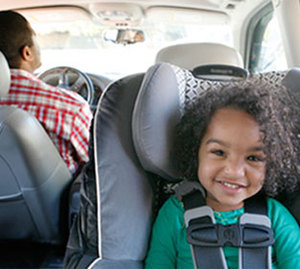 This week, from September 16-22, is Child Passenger Safety Week. Sponsored by the U.S. Department of Transportation’s National Highway Traffic Safety Administration (NHTSA), the week-long observance wants to alert parents to the fact that the majority of car seats are still not used correctly.

As proof of this troubling fact, several preventable statistics have emerged:

Motor vehicle crashes are the leading cause of death for children age 1 through 12 years old.

According to a NHTSA study, 3 out of 4 kids are not as secure in the car as they should be because their car seats are not being used correctly

From 2005 to 2009, almost 20 percent of children (age 12 and younger in a passenger vehicle) killed in motor vehicle traffic crashes were Hispanic.

One of the main reasons why so many Latino children are killed in car accidents is because parents tend to move them out of car seats and booster seats before they’re ready. Though the kids may whine and complain about being in a car seat, it’s obvious that parents are doing them no favor by treating them like “big” kids.

However, sometimes a video or instructions just aren’t enough for people to know whether or not they’re installing a car seat or booster seat correctly in their cars. So, September 22, 2012 has been designated National Seat Check Saturday. On this day, parents, nationwide, can drive to a car seat inspection station where experts will provide car seat checks and hands-on advice to parents and caregivers about selecting the right car seat for a child’s age and size as well as how to properly strap it into the car. Locations of car seat inspection stations will be found on the web site.

“National Seat Check Saturday is your opportunity to make your child’s safety in the car a priority. Many parents go into an inspection with no idea that their child is at risk, but walk away knowing that that their child and safe and secure instead of just assuming it,” said NHTSA Administrator David Strickland.

Sunday Thoughts: The future of media depends on the new media consumer who is defying stereotypes and expectations
Comment
Video: Humorous video highlights serious debate: Is voting a right or a privilege?