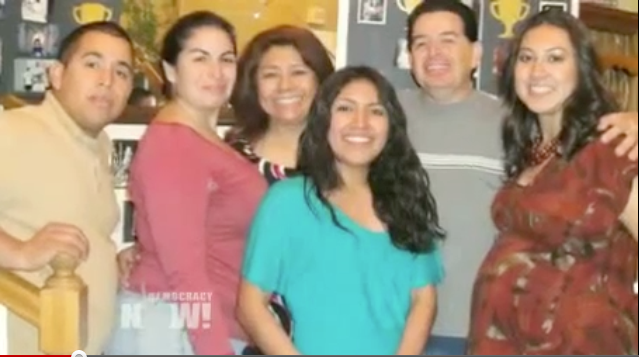 LatinaLista — The US-Mexico border is the frontline of what many feel is the ‘overlooked’ war between the United States and Mexican drug cartels. The ‘soldiers’ defending this frontline are the Border Patrol. While many of these men and women perform their dangerous duties admirably, in some cases, at great risk to their own personal safety, there are enough bad agents within the ranks of the Border Patrol who are the cause of the Department of Homeland Security’s recent promise to investigate the agency.

The cause of the investigation is the dramatic increase in U.S. border patrol agents killing people who are not actively engaged in cartel operations.

Since 2010, border agents have killed at least 18 people, including Valeria “Munique” Tachiquin, slain by a Border Patrol agent on September 28 in broad daylight several miles north of California’s border with Mexico. Tachiquin was a U.S. citizen and mother of five children. Her family is now bringing a wrongful death lawsuit against the Border Patrol.

On September 3, Border Patrol agents in a patrol boat shot and killed Guillermo Arevalo Pedroza, a 36-year-old Mexican bricklayer, who was celebrating his wife’s birthday with a cookout by the Rio Bravo in Nuevo Laredo, Mexico, just south of Laredo, Texas. Again the agents said someone had thrown rocks at them, a claim that witnesses denied.

On July 8, Juan Pablo Perez-Santillan, 30, was shot while standing on the Mexican side of the border across the Rio Grande from Brownsville, Texas. A lawsuit filed by the family against the US government recounts that Santillan was shot by an agent with a long-range rifle as he was showing a group of immigrants how to swim across the river. When his brother cried out for help, one of the agents replied in Spanish “let the dog die.”

With over 20,000 Border Patrol agents stationed at the border, the rogue actions of the few agents brazen enough to take the law into their own hands is cause for alarm by US officials who don’t want to see the border region turn into a full-fledged combat zone.

Recently, Democracy Now! featured the story of Valeria Tachiquin and spoke with her family members about what happened to their loved one and what their plans are for the future.