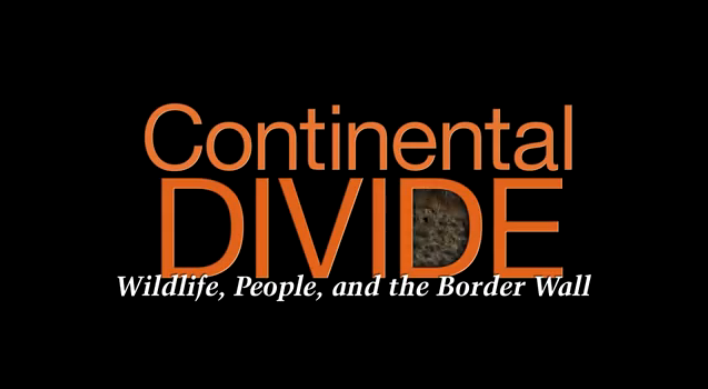 LatinaLista — It is expected that President Obama will resurrect the issue of immigration reform in the first year of his second term. While he will be proposing to recognize the 11 million undocumented immigrants who have created lives on this side of the border, his opponents will be shouting for stricter enforcement at the border. Namely, in the continued construction of a border wall.

However, border residents, environmentalists and biologists have long contended that the thoughtlessness that has gone into the construction of the current border wall has done more damage to the local environment and wildlife of the region than can be appreciated.

A new book Continental Divide: Wildlife, People, and the Border Wall highlights that harmful impact. Author Krista Schlyer, a writer and conservation photographer, strives to illustrate how media headlines about illegal immigration and Mexico’s drug violence have created a very incomplete picture of the border region in most Americans’ minds.

As Schlyer reminds us, this largely isolated natural area, stretching from the Pacific Ocean to the Gulf of Mexico, hosts a number of rare ecosystems: Arizona’s last free-flowing river, the San Pedro; the grasslands of New Mexico, some of the last undeveloped prairies on the continent; the single most diverse birding area in the US, located along the lower Rio Grande River in Texas; and habitat and migration corridors for some of both nations’ most imperiled species.

In documenting the changes to the ecosystems and human communities along the border while the wall was being built, Schlyer realized that the impacts of immigration policy on wildlife, on landowners, and on border towns were not fully understood by either policy makers or the general public. The wall not only has disrupted the ancestral routes of wildlife; it has also rerouted human traffic through the most pristine and sensitive of wildlands, causing additional destruction, conflict, and death — without solving the original problem.

Who Owns the Forest in Honduras?
1 Comment
A Christmas tradition, San Diego-style