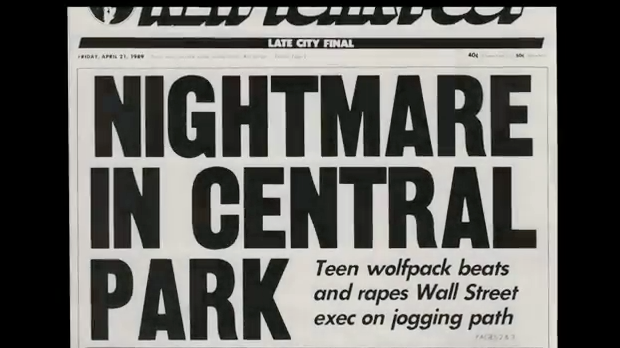 LatinaLista — Documentary filmmaker Ken Burns is known for chronicling the pivotal moments in US history and so his latest film, Central Park FIVE, to be broadcast on April 16 via PBS stations, may have some scratching their heads as to the significance of such a horrendous crime story to US history.

Central Park Five retells the horrid tale of a New York City jogger found in the city’s Central Park in 1989 brutally beaten and raped. It wasn’t long before five African American and Latino teens were brought in for questioning and ultimately made to stand trial for a crime they claimed they didn’t commit.

The problem was that the teens were telling the truth but, as Burns’ film illustrates, everyone — from the public and the media to the prosecutors and police — saw five boys of color and thought otherwise, regardless of what the evidence showed.

Each boy served his complete sentence, between 6 and 13 years, before another man, serial rapist Matias Reyes, admitted to the crime, and DNA testing supported his confession. A judge cleared the records of the accused and now the young men have filed civil lawsuits against the police and prosecutors.

Yet, what Burns’ film highlights is how our justice system failed the most vulnerable citizens, buckling under pressure from an intense racism of a public and media too eager to believe the worst of five boys of color.