Latina Lista: News from the Latinx perspective > Media > Videos > Video: Latina filmmaker on mission to let women know they don’t have equal rights under the law

Video: Latina filmmaker on mission to let women know they don’t have equal rights under the law 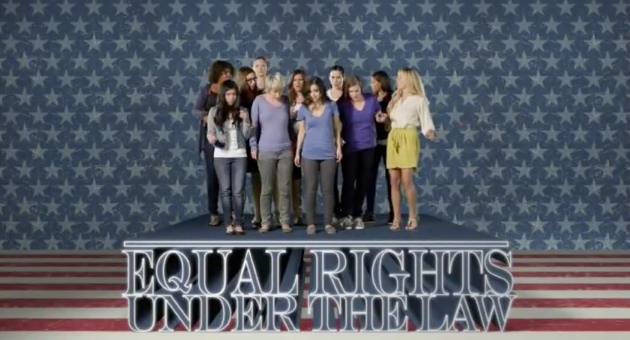 LatinaLista — It’s only when arrogant politicians make asinine statements about rape and/or women’s ability to decide for themselves their own sexual health decisions are we reminded that women still do not have equal rights protected under the U.S. Constitution.

Kamala Lopez is on a mission to change that. Lopez, a California-based filmmaker, is on a mission to finally get women’s equality included as part of the US Constitution by educating us all to the fact that there is no such current guarantee, though 72 percent of Americans mistakenly believe there is.

Lopez believes that the way to achieve equal rights for women going forward is to leverage new media techniques — web site, blog, Facebook, Twitter, viral videos. It’s exactly what she’s been doing for the past couple of years. Lopez created the ERA Education Project website where women and men can read about the ERA Amendment, watch videos explaining what it is, who else in the world has it and what it would mean for US women to have equal rights guaranteed under the US Constitution.

Hand-in-hand with promoting equal rights, Lopez wants women to know that they already have the power to push Congress towards drafting and passing an Equal Rights amendment if they do only one thing — vote.

Getting help from some of her Hollywood friends, Lopez created two different “Get-Out-the-Woman’s-Vote” videos, both in English and Spanish.

Achieving women’s full federal equality in the new millennium has been hampered not from lack of public support
for the issue, but from a lack of awareness of the PRESENT REALITY