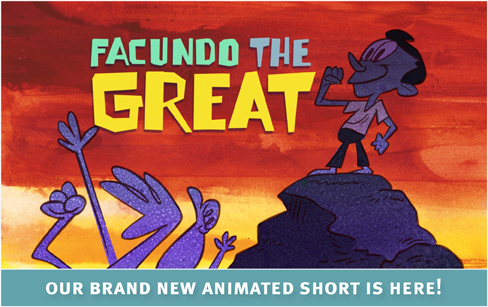 LatinaLista — Ramon “Chunky” Sanchez grew up during a time when going to school meant more than just learning how to read and write. For countless Latino children, it also meant “compromising” one’s identity to fit into a school system where educators were put on the defensive when children spoke a language they couldn’t understand or had names that sounded too foreign.

Sanchez remembers those times well and in 2006 shared one particular memory of a classmate named Facundo Gonzalez as part of the national oral history project StoryCorps.

Started in 2003, StoryCorps has been collecting and preserving the stories of Americans across the country. Sanchez’s story is part of the StoryCorps Historias, an initiative to record the experiences of Latinos in the United States.

An ongoing initiative, StoryCorps, over the years, has created numerous ways for people to share their memories. Starting out in soundproof audio booths set up in various cities, the initiative now includes a mobile booth, an airstream trailer, that travels around the country booking appointments for people to come in and record, do-it-yourself kits that families can do at home featuring portable recording devices and even professionals who will come to the house.

Along with this evolution of giving people more access to recording their own stories, StoryCorps, since 2010, began converting some of their favorite stories into animated shorts. Sanchez’s tale about Facundo was turned into “Facundo the Great.”

The animated shorts have proven to be so popular that StoryCorps wants to create a full-length animated film based on stories they’ve collected. PBS, a network that already airs the StoryCorps’ animated shorts, committed to air the full-length film in 2013 — if StoryCorps can raise enough money for their production costs.

StoryCorps created a Kickstarter campaign to help with the funding and with only four days left in the campaign they are so close to their goal, but not quite there yet.

A visit to their Kickstarter site not only shows how close they are to their goal and what each donation level will get the donor but an added treat is that some of the animated shorts done so far by StoryCorps can be found on the site.

And the one thing that becomes immediately apparent from seeing the animated shorts is just how rich the United States is in its diversity.