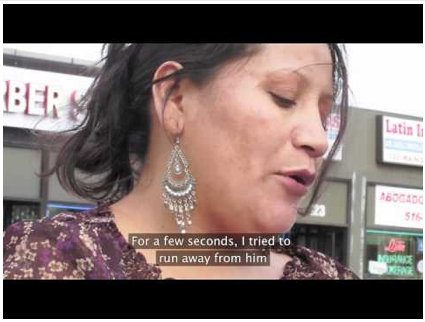 LatinaLista — The recent Supreme Court ruling striking down most of Arizona’s SB1070 immigration law was met with mixed reactions from most immigrant supporters. The reason was because the court upheld the section of the law that allows police to enforce immigration law.

Another law that allows law enforcement to do the same thing, and has the full support of the White House, is what is known as Secured Communities. It allows local police to enforce immigration law by asking the citizenship status of people they suspect are in the country without the proper paperwork.

Critics of Secured Communities say that the law is needlessly separating families and causing fear among undocumented immigrant victims of domestic violence. Under Secured Communities, police can stop anyone under any pretense of a violation, however minor. During the course of that stopping, if it’s determined that the person is undocumented they can be taken into custody and held for immigration agents.

Technically, anyone who is discovered to be undocumented during the course of an investigation should be set free if they are deemed a low priority threat — but it doesn’t always work out that way.

One big fear of the Secured Communities program is that it makes the immigrant community distrustful of the police. Another fear is that undocumented victims of domestic violence will feel inhibited to contact the police to help them.

For that reason, immigrant advocacy groups on Long Island, New York have created an educational campaign to raise awareness among immigrants about the Secured Communities program.

One advocacy group participating in the campaign, Long Island Wins, is sharing videos about Long Island community members speaking about Secured Communities. One video features Elizabeth Ulcuango, an Ecuadorian immigrant living in Patchogue, New York speaking about her own experience as a survivor of domestic violence and why she believes immigrant women will be more hesitant to come forward if they’re facing the threat of deportation.