Latina Lista: News from the Latinx perspective > Media > Videos > Video: Across the nation, Latino communities band together to honor their loved ones killed in military service

Video: Across the nation, Latino communities band together to honor their loved ones killed in military service 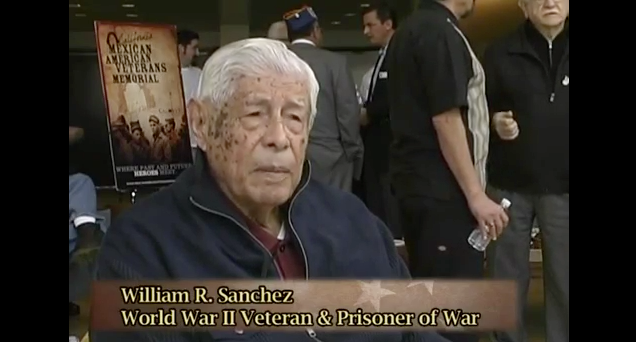 LatinaLista — According to U.S. Census tallies, there were 1.2 million Latino veterans serving active duty in 2011. The number is anticipated to increase once immigration reform/DREAM Act are passed and more young people will be able to realize their dreams of serving in the U.S. military.

It’s a dream that has been fulfilled by many generations of Latinos since the American Revolution. Unfortunately, as will all soldiers, there are always some who never make it back home alive. Over the years, the families of these soldiers lost in war have worked in their local communities to build public memorials honoring the service of their loved ones.

The struggle to build more memorials continues to this day.

From San Antonio and Buffalo to Wisconsin and Minnesota, Latino communities are banding together to honor the military service of local Latinos so no one forgets their sacrifice and the sacrifice their families made for their country.

Another state working on expanding recognition of their Latino veterans is California. In 1951, The Society of Mexican Mothers raised money to create “El Soldado” (The Soldier) to honor those California Latino veterans who didn’t come home from World War II. Eventually, El Soldado was donated to the State of California with the understanding that it would become an official and permanent state memorial. However, time passed and El Soldado soon became known as the ‘Homeless Soldier’ since it stood by itself at the State Capitol, beaten by the elements. So, a new campaign is underway called the Mexican American Veterans’ Memorial Beautification and Enhancement Committee.

In 2007, the State Legislature created the Mexican American Veterans’ Memorial Beautification and Enhancement Committee to beautify and enhance the existing memorial, and to secure private funding to complete the project.

The project’s intent is to not only honor all those California Latino veterans who died in WWII but in all the wars since then — in a place where Where past and future heroes meet.