LatinaLista — May 28 is the official day to remember veterans who have sacrificed their lives in the line of duty for their country but remembering veterans is an all-year affair. It’s a message that the White House has effectively delivered by getting communities and businesses on board to help returning veterans with job interviews, housing needs and support for their medical care, now an issue more important than ever. 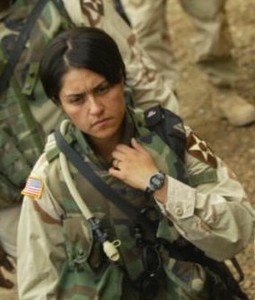 According to a USA Today story, “America’s newest veterans are filing for disability benefits at a historic rate, claiming to be the most medically and mentally troubled generation of former troops the nation has ever seen.”

Officials aren’t sure whether it’s because of the economy or because the wounds, both physical and emotional, are so horrific that today’s veterans find surviving/living a daily struggle. However, there’s no doubt that this generation of veterans has their share of problems.

In the USA Today article, it was found that:

• More than 1,600 of them lost a limb; many others lost fingers or toes.
• At least 156 are blind, and thousands of others have impaired vision.
• More than 177,000 have hearing loss, and more than 350,000 report tinnitus — noise or ringing in the ears.
• Thousands are disfigured, as many as 200 of them so badly that they may need face transplants. One-quarter of battlefield injuries requiring evacuation included wounds to the face or jaw, one study found.
• Tens of thousands of veterans suffered traumatic brain injury, or TBI — mostly mild concussions from bomb blasts
• Women comprise 12% of those who have sought care through the VA. Women also served in greater numbers in these wars than in the past. Some female veterans are claiming PTSD because of military sexual trauma.
• Many new veterans have back, shoulder and knee problems, aggravated by carrying heavy packs and wearing the body armor that helped keep them alive. One recent study found that 19% required orthopedic surgery consultations and 4% needed surgery after returning from combat.

For those veterans filing a disability claim, the same article discovered that there is now a backlog for processing claims of about 8 months — a long time to go without a salary. But for those lucky enough to have wounds that aren’t as serious and who can reintegrate into the workforce more quickly, well, lucky is the operative word.

If a soldier has an education then odds are better for them at these businesses that have pledged to hire vets. But what if they don’t have that education?

A sobering statistic about Latino soldiers is that Latinos “who ended their education with a GED were slightly more likely to be military veterans than Hispanics who had a high school diploma.” That’s bad news in trying to reintegrate into an economy that is continually coveting degrees or specialized training. Add to that a PTSD or new disability and the odds are even more challenging.

Another interesting factoid is that more Latinas than Latinos are becoming veterans. A story by NBC Latino found that “in 2010 Latinas made up 19 percent of new enlistees.. This was a higher percentage than Hispanic men, who were a bit over 16 percent of last year’s new enlistees.”

As was seen from the USA Today story, female veterans are not immune from the emotional health consequences of serving in the military.

The bottom line is that while all veterans need support and help as they reintegrate back into US society, Latino veterans especially need someone advocating on their behalf. 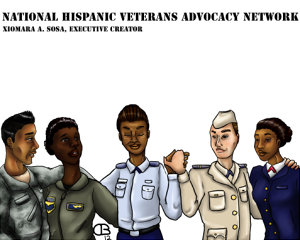 A new initiative, that I am fortunate to be a partner, launched on Memorial Day 2012 to address the health and human services needs of Latino veterans. The National Hispanic Veterans Advocacy Network is the brainchild of Xiomara A. Sosa, Founder of You Are Strong!, an online advocacy site dedicated to fighting negative stigma associated with seeking help for mental or physical issues or basic welfare and essential quality of life services for military veterans.

“There is such a huge need for culturally competent advocacy related to Hispanic veterans and there is currently no organized group for such an important initiative, said Sosa.

featured, health, military veterans, National Hispanic Veterans Advocacy Network
Previous Post Modern Alchemy’s Secrets to Longevity: What is Your Digestion Saying to You?
Next PostIf Sen. Rubio wants to understand US detention policies, he should forget Guantanamo and go to southwest border

Modern Alchemy’s Secrets to Longevity: What is Your Digestion Saying to You?
3 Comments
If Sen. Rubio wants to understand US detention policies, he should forget Guantanamo and go to southwest border