LatinaLista — When it comes to the digital space, Latinos have embraced it with one big abrazo (hug). A January report by 360i Digital Connections found that there were roughly 32.2 million US Hispanics online, representing 14 percent of the total online population. By 2015, the number is expected to increase to 42 million. 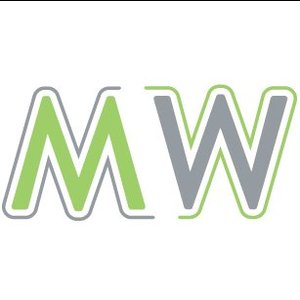 With Latinos steadily signing on to cyberspace looking for content, apps and social media engagement that resonate with their own life experiences, it makes sense that the creation of culturally relevant content would be made, in part, by those who best understand la gente (the people) — fellow Latinos.

For the most part, these trailblazing Latinos have either worked in anonymity or are known only among fellow techies. That’s about to change. A new web site launched this week wants to highlight these Latinos and their achievements in the digital space.

Dubbed Más Wired, the site is the brainchild of a familiar name in online media, Sara Inés Calderón. The former founding editor of the site News Taco launched the non-profit site this week with two friends, Elaine Ayo and Chelsea McCullough, who collaborate in finding and spreading the word about today’s tech-talented Latinos.

“We noticed that, as we interfaced with technology in different ways, we knew a lot of Latinos, but we weren’t reading about Latinos in the news anywhere,” Calderón told Latina Lista via e-mail. “The idea is to highlight the great work Latinos are doing in order to bring attention to their projects and encourage other Latinos to pursue (Science, Technology, Engineering and Mathematics) STEM”.

Calderón and her team hope to feature a variety of content ranging from interviews, blogs, essays and videos to graphics and databases that relate to Latinos working in technology and media. For the time being, she and her team will concentrate on finding the stories that need to be told. That leaves little time for off-line events or hosting Twitter parties, though Calderón admitted that they would be willing to collaborate with anyone interested in working with them.

Calderón knows that the combination of tech and Latinos isn’t just going to be popular among Latino readers, thirsty for these kinds of stories, but it has potential going forward with advertisers and marketers who want to tap into the projected $1.3 trillion buying power of Latinos in the near future.

But money, or the potential for making it, isn’t the main motivation for the Más Wired team — it’s education. Calderón and her partners see that in states like Texas and California, where the majority of public school children are Latino, a troubling trend is continuing where Latino youth are not pursuing STEM classes to prepare themselves for a future immersed in technology.

Through Más Wired, the stories of Latinos working in tech can serve a dual purpose — enlighten readers of which Latinos have broken the Silicon Valley and cyberspace barriers in achieving their goals and, at the same time, provide Latino youth a steady list of accomplished role models.

“We are setting up as a non-profit because our focus is more on education and advocacy of Latinos in tech than it is on being a business (we all have our own jobs),” Calderón wrote. “That being said, we definitely want to encourage these “Silicon Valley-type” entities to engage with us and other organizations focusing on Latinos in tech. Since we just launched this week, it’s hard to say anything other than ‘we want to work with everybody’ in whatever capacity they want to work with us towards our common goal of promoting Latinos in tech and the media.”