LatinaLista — The recent tragic mass murders by people who have been labeled as mentally ill sheds a spotlight on a broader issue not often discussed in this country — brain disorders and injuries. Even when it’s known that “1 in 3 people will suffer brain illness or injury in their lifetime” or that “Traumatic Brain Injury (TBI) is one of the LEADING CAUSES OF DEATH AND DISABILITY in America” or that “Brain disorders and injuries cost society more than cancer and cardiovascular disease COMBINED,” the nation’s policyholders, medical community and the public are still engulfed in a mist of misperceptions and misinformation about brain disorders and injuries. 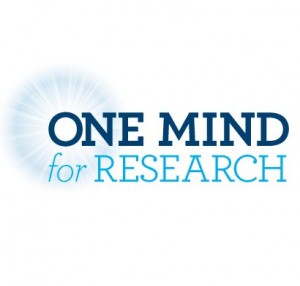 One Mind for Research wants to change that.

Recognizing that current data on brain disorders and injuries is usually not shared among medical researchers and that government funding has been focused on small-scale initiatives rather than major research projects and that the pharmaceutical industry has cut back on funding research, One Mind for Research strives to fill in the current gap in brain research with one ultimate goal — accelerate the path from research to treatment to cure in under 10 years. It currently takes 30 years for a cure to be reached, if it ever happens.

There are 21 major brain disorders. They range from Alzheimer’s and Anxiety Disorders to Addiction and Attention Deficit Hyperactivity Disorder to Bipolar Disorder, Down Syndrome, Dyslexia, Major Depression, Multiple Sclerosis, Pain, Stroke and Seizures and Epilepsy.

Because so little research has been done on these and other conditions, the current presumption is that there is no cure and people afflicted with these ailments just have to learn to live with them.

Yet, what if that wasn’t true?