Spotlight Nonprofit: Lifting the spirits of cancer patients with “Hugs and Kisses”

LatinaLista — Unfortunately for too many non profits these days, it doesn’t matter how noble the cause there just aren’t enough donations to go around. The founders at Florida-based Hugs and Kisses know this, especially for a cause like their’s that depends on outside money to fund their unique mission. 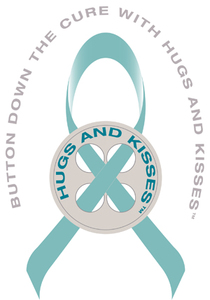 Launched in 2009, Hugs and Kisses primary purpose is to give cancer patients one less thing to worry about by paying their immediate expenses so choices between paying for treatment or paying bills don’t have to be made. It was a situation that the organization’s co-founder, Jean Morris, had seen happen with her own mother who died waiting for an insurance company to clear up a paperwork mishap that prevented her from getting a prescription filled.

Whether it’s paying for costly medicines or catching up on overdue bills, Hugs and Kisses wants to be there for those cancer patients who are overwhelmed with their illnesses and their growing debt.

Yet, because the need is so great, Jean and her husband Peter, knew they couldn’t depend entirely on donations. They needed to create a business that could help fund their non profit. With inspiration from their teenage daughter, Morris and her husband mentor students in creating trademarked fashion bracelets. The proceeds from the sales of the accessories are a source of funding for the non profit.

The bracelets are simple. All are made with buttons that have been donated by area businesses and volunteers. Jean Morris credits her sister for the Hugs and Kisses bracelets since she was the first to notice how when four-hole circular buttons were sewn on the leather strap, the cross-stitches made the perfect symbols for hugs and kisses.

The organization now has a variety of bracelets for sale used to fundraise. All are made by volunteers and students. Yet, for the students, their involvement brings them an added bonus. They are eligible for scholarships, at the same time, they’re gaining practical business experience under the mentorship of community professionals.

The non profit has expanded their fundraising efforts by offering “Party with a Purpose” events. It involves hosting or attending a party with friends and family where everyone brings their loose buttons and turns them into “HUGS and KISSES.”

Support and interest for the simple idea has been growing with teams now in four other states creating the bracelets. According to Jean Morris, it’s the students in other states who are contacting her and wanting to bring Hugs and Kisses to their communities.

“My mother’s illness inspired Hugs and Kisses, but it is her passing that impels me to continue. So many people are where I was a year ago, in need of aid and comfort. Hugs and Kisses hopes to cease their worries.” — Jean Morris, co-founder of Hugs and Kisses.