Latina Lista: News from the Latinx perspective > Media > Videos > Video: Dance competitors make a ‘sport’ out of the samba

Video: Dance competitors make a ‘sport’ out of the samba 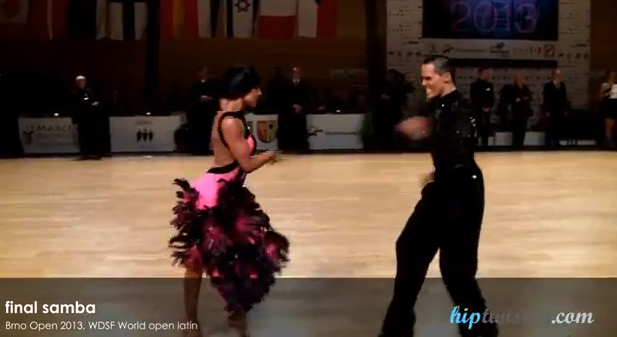 Samba is a Brazilian dance and musical genre originating in Bahia, Brazil, and with its roots in Rio de Janeiro and Africa via the West African slave trade and African religious traditions. It is recognized around the world as a symbol of Brazil and the Brazilian Carnival. Considered one of the most popular Brazilian cultural expressions, samba has become an icon of Brazilian national identity.

However, during the 2013 BRNO Open, an European dance competition, more than just Brazilians were performing the iconic dance style. From Russia and the Czech Republic to Italy and France, competitors performed a high-velocity version of the samba showing that dancing is hard work.