Latina Lista: News from the Latinx perspective > Media > Videos > Video: Mini documentaries focus on the unsung heroes who stood up for the right to vote

Video: Mini documentaries focus on the unsung heroes who stood up for the right to vote 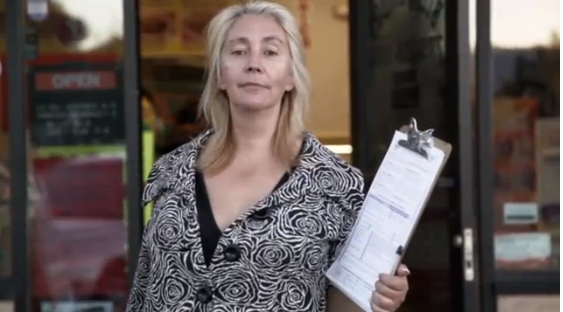 LatinaLista — One of the disturbing fallouts of any election is how people of different political views try to suppress one another. In this year’s election, the range of suppression has evolved from simple neighborhood vandalism of one another’s political yard signs to state legislators passing Voter ID laws. Yet, another kind of suppression that has emerged, and has not gotten the media coverage it deserves, is the simple act of registering voters.

Across the nation, civic-minded people who took their time to stand in the hot sun in store parking lots or walk door to door in neighborhoods were harassed for doing the most fundamental act to sustain our democracy.

One of those who stood up for the right of all people to vote was Nevada resident Elvira Diaz, a community organizer from Nevada. She launched a campaign to register Latino voters and for her hard work she endured hostility from others who harassed her and other volunteers.

Elvira’s story is but one of three short documentaries profiling common Americans across the country who stood up for the right to vote. The three-minute documentaries were made for the Advancement Project, a multi-racial civil rights organization’s series “Protect Your Vote.” Created by award-winning documentary filmmaker Stanley Nelson, who made “Freedom Riders” and The Murder of Emmett Till, the films are branded with the tagline: “They Stood Up. So Can You. Vote.”

“Those of us who work to uphold the right to vote in this country, from the courtrooms to the streets, could never do it without the courage of everyday Americans who stand up for their right to participate in democracy,” said Advancement Project Co-Director Judith Browne Dianis. “We are thrilled to work with Stanley Nelson, whose team movingly illustrated their stories.”