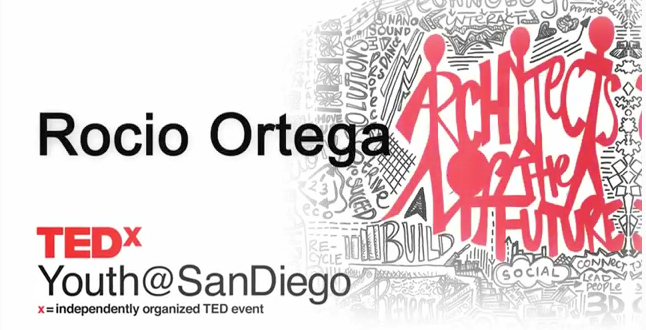 LatinaLista — One of the biggest challenges facing young Latinas and Latinos is most often found within their own families. Torn by cultural attitudes and traditionally deep family bonds, the younger generation often finds it difficult to pursue their version of the American Dream.

Nineteen-year-old Rocio Ortega was one of those young people. Talented, smart and a hard worker, Ortega was well on her way to being a future leader among Latinas. There was only one problem — her papa.

Ortega was offered a chance of a lifetime in 2011 — to be a page in the House of Representatives in Washington, DC. A place that was literally on the opposite coastline of where Ortega’s Mexican immigrant parents lived in California. Ortega’s father was not happy about his daughter going across the country by herself and living on her own for the first time.

Yet, in this TEDx talk, Ortega explains how by constantly challenging herself with the question — Vale la pena? (Is it worth it?) that it wasn’t long before she convinced not only her father, but herself that yes, it was — and she hasn’t looked back since.

Rocio Ortega is a freshman at Wellesley Colleg and is an alumna from leadership programs such as California Girls State, the Young Women’s Political Leadership Program and the International Women’s Media Conference. A Coca-Cola Scholarship winner, Rocio was named Woman of the Year in 2011, a U.S. Congressional Award for voluntarism.