Latina Lista: News from the Latinx perspective > Media > Videos > Video: Filmmaker set to trace the Afro-Latina experience from before the slave trade to present-day

Video: Filmmaker set to trace the Afro-Latina experience from before the slave trade to present-day 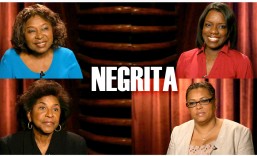 LatinaLista — With the rising national awareness of Latinos, courtesy of the 2012 presidential election, the stereotypical perceptions of who are Latinas and Latinos are beginning to be shattered. However, one segment of the Latino community who find themselves still struggling “to explain themselves” are Afro-Latinos.

They are either challenged to prove their ‘Latinidad’ or startle unsuspecting friends with a burst of Spanish. Either way, this doubt on their heritage takes its toll and one Afro-Latina documentarian wants to set the record straight in her new documentary.

NEGRITA, written and directed by Magdalena Albizu, is a film that explores the Afro-Latina experience in the United States by introducing audiences to the different faces of Afro-Latinas.

In addition to educating the wider public on who are Afro-Latinas, Albizu has an ulterior motive for her film as well:

Negrita aims to establish a ‘black’ consciousness across all generations by reigniting a movement to embrace Latinos’ African roots through a trans-national dialogue on race, identity, ethnicity, nationality and community-building.

The film is still in production and is due to be completed in May 2013.