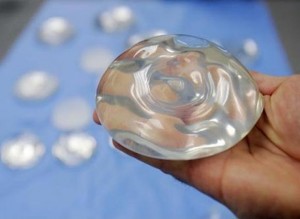 Gilberto Antonio Andrea, the lawyer who represents the majority of the 470 women affected by these implants, has filed in civil court a constitutional protection against medical distributors to make them co-responsible in removing the implants from the victims of this medical disaster.

Among the list of requests, Andrea is also demanding that medical distributors report what they earned with PIP sales and donate their half of the revenue to the affected women to help pay for damages.

The 2006 report on the dangers of PIP implants is what set the alarm among Venezuelan women, causing major anxiety. In December, the women got together, thanks to Facebook, creating a support group named “Afectadas por prótesis mamarias PIP Venezuela</em>” (Women affected by PIP breast implants in Venezuela.” The group currently has more than 2000 participants.

Calling for the women to receive safe and secure breast implant replacements was something Gilberto Antonio Andrea insisted upon several times during his first press conference representing the women.

He also let it be known that after this case is over, he will work for a law to protect patients from similar situations.

In all honesty, as a lawyer, I don’t think this is a realistic petition. Our justice system doesn’t work like the American justice system and this was a typical movie-like lawsuit. Another issue to consider is the terribly strong circle of influence that the medical society has exhibited so far. There’s nothing, no law or justice, that can guarantee a patient their rights, at least in Venezuela.

I’m living proof of that.

This new drama in Venezuela is absolutely unnecessary if women could only learn to love themselves, embrace their natural beauty and not insist on being a bad copy of a Barbie doll.

“Poor, broken or homeless, BUT never fat or ugly” has become the sad motto of too many Venezuelan women who are paying too high a price for perfection that is only an illusion — and, in this case, could lead to breast cancer.

Since 1999, Jennifer has penned a regular column, Tu Rincon con Jen, for the only online site dedicated to plus size people in Spanish, gordos.com. In addition, Jennifer is also taking her message about body issues as a blogger with Estilos Blog, a celebrity blog based in Florida.

In addition, Jennifer continues to provide constant inspiration for women of all sizes through her blog and Facebook page. She says that she always knew that when it came to defending who she was, no one was going to do it for her.

Previous Post What to Expect When You Go for Psychotherapy
Next PostFood Justice: A new social movement

What to Expect When You Go for Psychotherapy
1 Comment
Food Justice: A new social movement