Latina Lista: News from the Latinx perspective > Media > Videos > Video: All grown up, children of the LA Riots remember

Video: All grown up, children of the LA Riots remember 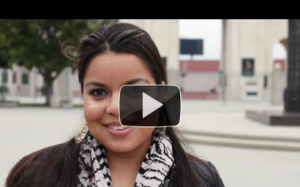 It was twenty years ago that some of the scariest civil rights unrest happened in the country, known as the LA Riots. The nation watched in horror in 1992 as buildings in South Central Los Angeles burned in reaction to a jury’s acquittal of four police officers accused of using extreme force in the arrest of Rodney King.

The violence was so extreme that it took a dawn-to-dusk curfew and deployment of the National Guard, U.S. Army soldiers and United States Marines to bring quiet back to the city. Over the six-day unrest, approximately 3,600 fires were set, destroying 1,100 buildings, with fire calls coming once every minute at some points. There was widespread looting as well. Fifty-three people died during the riots, including 10 shot dead by the Los Angeles Police Department and the National Guard.

In watching coverage of the event during previous anniversary observances, Jorge Rivas, a multimedia editor and pop culture blogger for Colorlines.com, was struck that only adults who had witnessed the riots were ever interviewed about that time. He wondered what were the perspectives of those who had been children at that time, and who had seen the violence first-hand. He decided to find out.

In a project titled Two Decades Later, Children of the L.A. Riots Share Memories, Rivas interviews 10 people who were children during the LA Riots. Each recounts what was happening to them and their families and their feelings about the violence.

The result is a powerful piece that speaks to a new generation for whom the LA Riots are only a footnote in history.