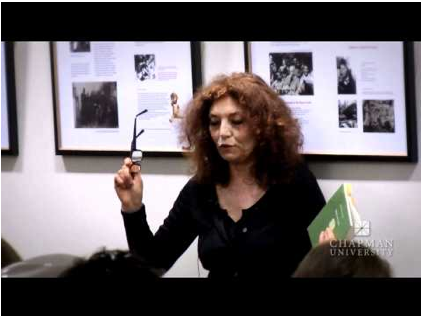 LatinaLista — Alicia Kozameh is an author, an editor, a college instructor and a former political prisoner. From September 1975 to December 1978, Kozameh was held at Sótano (“basement”) of police headquarters in Rosario, Argentina as part of the military dictatorship that overtook Argentina.

After being moved to another prison and finally being paroled in 1979, Kozameh fled to Los Angeles and Mexico City to pursue writing and editing jobs. After encountering an oppressive political climate on several unsuccessful attempts to return to her home country, Kozameh finally settled in Los Angeles where she founded Monóculo Literary Workshops, a series of creative writing workshops. Since 2000, she has taught creative writing and English literature at Emeritus College, a division of Santa Monica College.

During her political exile, Kozameh has written several novels, short stories and works extensively with Amnesty International to share her prison experiences and to promote human rights. In an effort to share her experiences, Kozameh gives readings and lectures of her books to audiences around the world.

In the featured video, Kozameh delivers a bilingual reading from her novel Pasos bajo el agua (Steps Under Water), a fictionalized account of her experience in prison as part of Chapman University’s John Fowles Literary Forum.

Even if Latino plaintiffs lose in Arpaio case, they may still come out winners
Comment
San Antonio women support Medicaid expansion in Texas