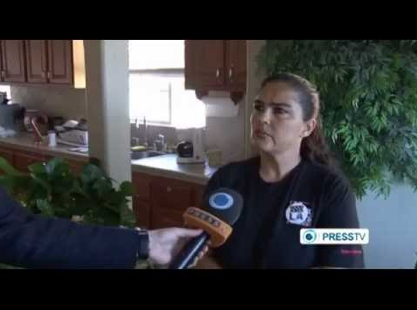 LatinaLista — California may be known as the state where make-believe can turn into big bucks but there’s nothing make believe about California having one of the highest number of people who are going hungry.

The University of California at Los Angeles for Health Policy Research released a report that found one in six Californians had trouble feeding themselves. The statistic may not mean anything but the raw number of almost 4 million people who couldn’t afford to buy food should hit everyone as a grim reality of today’s economy.

At a time when happy endings are hard to come by in this economy, the featured video by PressTV underscores just how difficult a time some Californians are having — and if it’s happening in California, it’s happening elsewhere in the country too.

California, economy, featured, hunger, poor, recession
Previous Post Where is the outrage from Latino congressional leaders over Rep. Michelle Bachmann's outrageous accusations about Muslim-Americans?
Next Post35 years of Latino progression at University of Illinois at Chicago

Where is the outrage from Latino congressional leaders over Rep. Michelle Bachmann's outrageous accusations about Muslim-Americans?
Comment
35 years of Latino progression at University of Illinois at Chicago