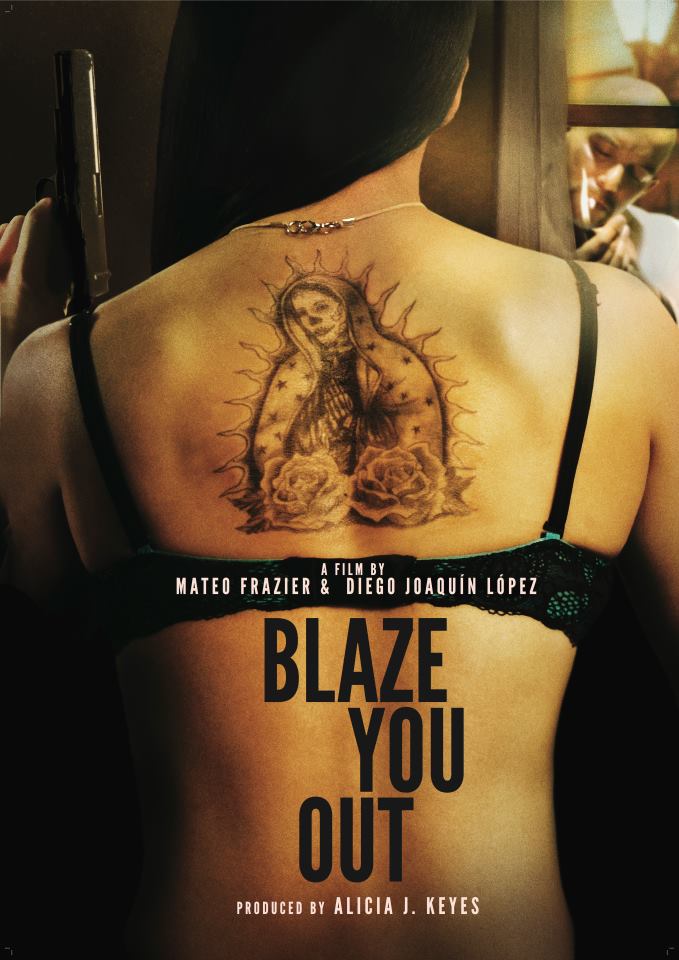 LatinaLista — The synopsis for the new film Blaze You Out reads less like a movie script and more like the proverbial “ripped from the headlines” kind of story:

Lupe, a strong-willed aspiring DJ, and her younger sister Alicia live in the Esperanza Valley, a community that is suffocating by generations of heroin use. When Alicia witnesses a murder and disappears, Lupe sets out on a dangerous journey that forces her into the town’s ruthless underworld. She quickly discovers that in order to save the person that matters most, she must harness the power that exists within her and connect with the divine that surrounds her.

The notion that there is a Lupe and an Alicia who may have lived this scenario represents two things: the sad reality that exists in too many low-income Latino neighborhoods across the country and the fact that there are many strong and empowered women like Lupe.

The film is co-written and directed by Mateo Frazier and Diego Joaquín López — two Latinos who confess to growing up around strong Latinas.

“We often don’t get to see a lot of stories about people, about humanity,” Frazier said. “We wanted to tell a story with strong female characters because of our experiences. I grew up around strong women and saw that more and more women are carrying the load for their community. We believe that our audience is hungry for these kinds of authentic stories.”

Telling such a gritty story, though empowering, could have proven to be a hard sell to women moviegoers but the film’s independent producer, Alica J. Keyes knew how to reach women. In 2011, Keyes launched a social media campaign that included the film website, facebook, twitter, tumblr blog and youtube channel — standard practice today among filmmakers trying to create a buzz before their film hits the screen.

The film was recently acquired by big-name production company Lionsgate — another step by mainstream Hollywood validating the Latino (filmmaker’s) voice.

featured, filmmakers, Latina, New Mexico
Previous Post In the aftermath of the presidential election, it's time for Latinos to start reclaiming their image
Next PostScholarships for undocumented students

In the aftermath of the presidential election, it's time for Latinos to start reclaiming their image
Comment
Scholarships for undocumented students