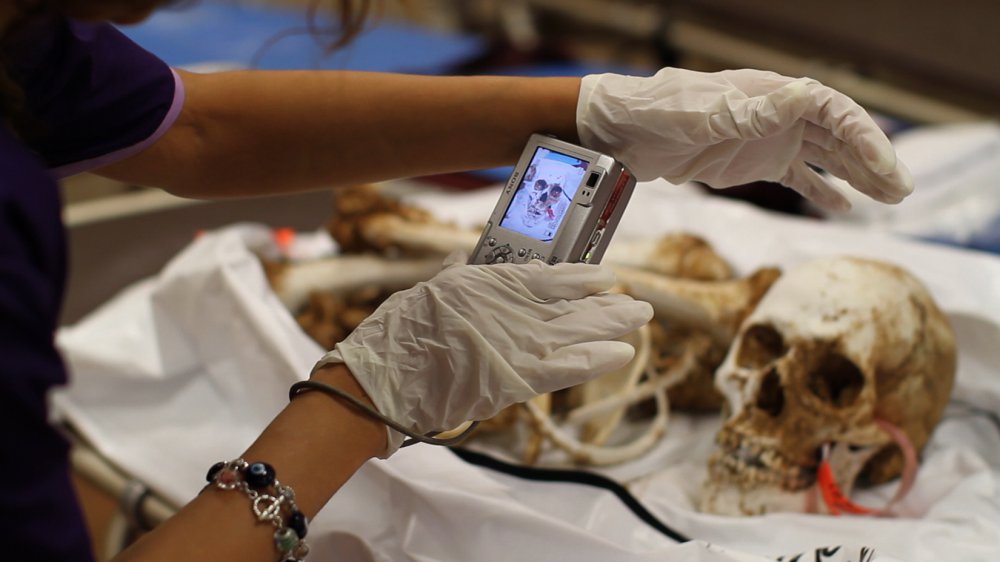 LatinaLista — Perhaps the most chilling consequence of illegal entrance into the country is the deaths of so many migrants in the deserts, mountains and rivers that act as a natural barricade to reaching the United States. Stories have been told for years of corpses, sometimes only bones, of aspirational migrants being found in these remote pockets.

They died of exposure to the harsh elements or of thirst. In too many cases, their identity dies along with them.

This is the premise of the award-winning documentary Who is Dayani Cristal?

Filmmaker Marc Silver and Mexican actor and activist Gael Garcia Bernal retrace the steps of one such migrant.

Deep in the sun-blistered Sonora desert beneath a cicada tree on the Arizona border police discover a decomposing male body. Lifting a tattered t-shirt, they expose a tattoo that reads “Dayani Cristal.”

“Who is Dayani Cristal?” has been described by The Hollywood Reporter as “A deeply moving doc [which] finds a new way of making the immigration debate personal.”