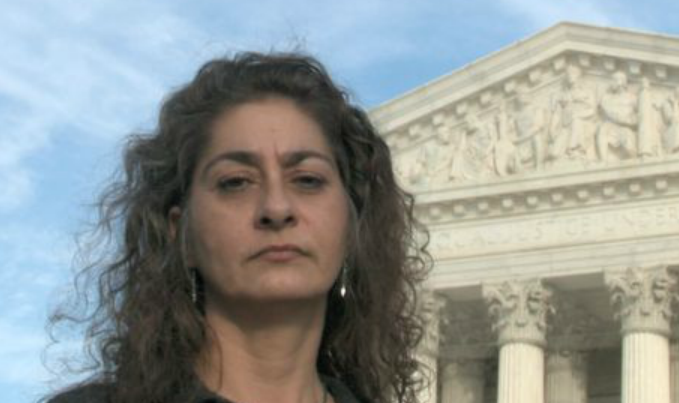 LatinaLista — Jessica Gonzalez is a mother and will always be mom to Rebecca (10), Katheryn (8), and Leslie (7). Though Jessica has gotten grayer over the years, her girls haven’t changed one bit. They will always be 10, 8 and 7 because that was how old they are when Jessica’s estranged husband, Simon, violated a restraining order in 1999 and took the girls from Jessica and shot each of them dead.

The saddest part of this story is that there might have been a different outcome had only the Castle Rock, Colorado police enforced Jessica’s restraining order and listened to her when she told them she had a protective order against her ex-husband. They refused to search for Simon. It turned out they didn’t have to.

In the early hours of the next morning, Simon pulled up to the police station, got out of his truck, and started firing at the police station with a gun he had purchased earlier that night. The police came out of the station and shot him dead. When they looked into the back of the now bullet-ridden vehicle—the same truck that Jessica had been reporting to them all night—they found the dead bodies of Rebecca, Katheryn, and Leslie.

Though Jessica had succeeded in getting the highest court in the country to hear her case, their ruling wasn’t acceptable to Jessica, and by this time, all of her supporters. So, Jessica had one last recourse — she decided to sue the US government — becoming the first domestic violence victim to sue the U.S. government in an international human rights tribunal.

The heartbreaking but courageous life story of Jessica Gonzalez will soon be a big screen documentary titled Jessica Gonzales vs. The United States of America .

While it may be a hard film to watch, it’s an important one to see and understand that there are hundreds of Jessicas out there. In the Latino community, there are some women who silently suffer domestic violence because their abusers use their lack of citizenship as a weapon to intimidate and threaten them — and make them feel they are all alone.

Turnout for this film when it’s released will show these women that is not the case.