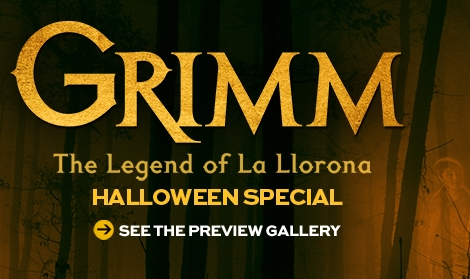 LatinaLista — Since Halloween and Día de los Muertos are just a week away, it’s natural that the story of La Llorona be remembered at this time. The legend of the woman who haunts near bodies of water wailing and hunting for children to drown has been a staple of Mexican folklore for ages and traces its roots to the 1500s.

It’s a story that is more well-known among children who live along the U.S.-Mexico border than traditional fairy tales, like Grimm’s Fairy Tales.

In a nod to La Llorona and the Latino culture, the NBC supernatural show Grimm, loosely based on the Grimm tales, pays their Halloween tribute to the weeping woman.

Featuring popular Mexican telenovela and screen actress Kate del Castillo as a detective from Albuquerque, New Mexico who comes to Portland, where the series is based, to help with the investigation of some missing children, the show respects the fact that the story is of Mexican origin and makes an already creepy story even scarier.

In the course of the show, regular viewers will be surprised to find out that one of the series’ regulars is Latina and she uses her Spanish to help translate for the police.

The fact that a primetime series is devoting a whole show to a Mexican legend, using Spanish-speaking actors, has not been lost on the NBC network. To fully capitalize on the uniqueness of the event, NBC is taking advantage of its different properties.

Grimm‘s Halloween episode will also be airing in Spanish after it airs on NBC in an unprecedented NBC Universal cross-divisional event. “La Llorona” will be broadcast in Spanish on Telemundo from 12-1 a.m. (ET) and English on mun2 at 1-2 a.m. (ET). These airings will follow the episode’s debut on NBC at 9-10 p.m. (ET).