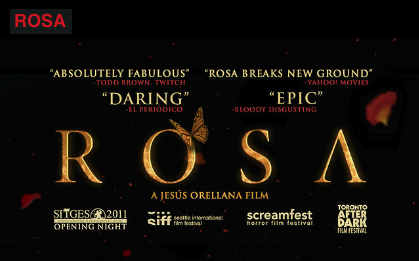 LatinaLista — A rose by any other name would still be ROSA to Spaniard Jesús Orellana and for good reason. This Barcelona-based young comic book artist surprised the world, and safe to say, himself, when his sci-fi short, Rosa, caused a global sensation last year.

Creating it on his home computer over the course of 12 months with no budget, Orellana has seen his story migrate from the desktop screen to the big screen with Variety reporting that the short is being turned into a live-action feature adaptation for 20th Century Fox.

The film takes place in a post-apocalyptic world where all natural life has disappeared. From the destruction awakes Rosa, a cyborg deployed from the Kernel project, mankind’s last attempt to restore the earth’s ecosystem. Rosa will soon learn that she is not the only entity that has awakened and must fight for her survival.

The short can be viewed in its entirety online.

featured, sci-fi, Spain, video
Previous Post Curandero: We are never alone
Next PostWhat’s in a Name? Fighting for proper spelling of Spanish names of city streets

Curandero: We are never alone
Comment
What’s in a Name? Fighting for proper spelling of Spanish names of city streets