LatinaLista — It is reported that 10 percent of Spain’s women are victims of domestic violence. Ana Bella Estévez was part of that sad statistic after suffering physical and emotional abuse from her husband for 11 years until she finally fled her home with her four children. 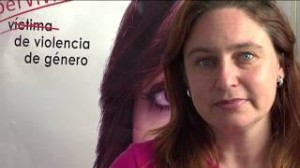 When she left, Anna Bella quickly realized that she was literally on her own since there didn’t exist any kind of social support system in Spain for abused women at that time over 10 years ago.

Creating the Ana Bella Foundation, Ana Bella’s goal is to create an equal society that is free of violence against women and is pioneering a new, comprehensive approach that focuses on empowering survivors of domestic violence instead of perceiving them as victims.

To accomplish this, Ana Bella created a three-prong approach to helping abused women. She created peer networks where survivors of domestic violence share their experiences and offer support to those women thinking about leaving their abusive partners. In addition, she works with the government to provide abuse victims the necessary resources like housing, financial support and work placement to support these women who are at the most vulnerable time in their lives. And, Ana Bella works to convince the Spanish-language media to stop portraying abused women as desperate, violated and marginalized and focus on the success stories of these women rebuilding their lives

Ana Bella’s message is being heard.

Already, her network can be found in five different regions in Spain and women in Latin America are hearing it too. In the past year, Ana Bella is credited with reaching over 1,000 women, some of whom get involved in the peer-to-peer support network multiplying the spread of Ana Bella’s message.

She has created a website where women can access the information they need and she’s established her own online TV channel, where she does further outreach, such as reaching out to deaf abuse victims.

For all her hard work, Ana Bella has been internationally recognized. Recently, she was honored as an Ashoka Fellow for Innovation where the prestigious organization vowed to help Ana Bella continue her mission to stop the violence against women.