Latina Lista: News from the Latinx perspective > Latino Politics > Hispanics in Ohio will make the Difference in this Election

Hispanics in Ohio will make the Difference in this Election

OHIO — Saving the American Dream and bringing back the economy is what will bring out Latino voters in Ohio. Ohio has over 140,000 eligible Hispanic voters, and Ohio’s total Hispanic population is 354,674. Given that some predict that the election in Ohio will be won by less than 100,000 votes, Ohio Hispanic voters can and will make the difference in this 2012 presidential election. 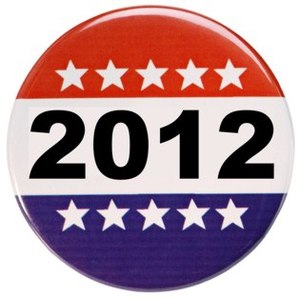 Consider two basic facts: Between 1979 and 2007, the top 1% of households captured almost 60% of all income growth in the United States, yet median wage growth in the 2000s has been flat or, in some cases, decreasing.

People are doing more but are getting paid less. This has become an unjust economy where economic rewards have been consolidated and good paying jobs have been deteriorating in the name of bigger profits for CEOs and shareholders.

We now know that good-paying jobs continue to become harder and harder to find. At the bottom of the labor market, 20% of adults in the U.S. today work in jobs that pay poverty wages (wages that would not raise a family of four above the poverty line, even with full-time, year-round work). Today’s minimum wage is more than $3 below its value in 1968 after accounting for inflation.

Farther up the ladder, jobs have been disassembled. Now only about half the jobs in the U.S. today provide pensions, and employers are avoiding paying overtime to employees who have earned it.

Job security has also eroded. Many people who have been laid off are at risk of falling into poverty. Moreover, even if laid-off workers are lucky enough to find new jobs, they are forced to take a 20% pay cut, according to information provided by U.S. Census reports. Being a skilled worker no longer will guarantee you will earn you decent pay, benefits, or security.

In the past, when many American firms did well, they shared profits and productivity gains with their employees. But these days it would be naïve to think that purely voluntary action by a sense of fairness will turn the tide.

For a real shift to fairness, we need real policy initiatives that will help the middle class. These include increased public support for deepening training and investments in the human capital of the workforce, which can come via the tax code and well-designed public-private economic projects.

Consequently, Ohio Latinos are getting organized and involved. In Ohio the presidential race will be closer than most people think and the Latino vote will make the difference. Participating in this presidential election is the most important thing we Latinos in Ohio will ever do for your family and your country.

All eyes are on Ohio’s Latino Voters.

Richard Romero founded the Ohio Latino Media Network, a division of IGM Consulting, with expertise in developing and implementing marketing strategies and campaigns to reach the Hispanic market. He is the State Commissioner for the Ohio Commission on Latino Affairs and has served on a number of state-wide and national organizations including: Chair and President of the Ohio Latino Arts Association, Co-Chair of the Ohio Democratic Hispanic Caucus, Central Committee Member of the Ohio Democratic Party, United State Hispanic Leadership Institute, NCLR and National Delegate for President Bill Clinton in the Democratic National Conventions of 1992 and 1996. He is founder of the Multicultural Business Center and the founding member of Hispanic Political Voice.