LatinaLista — When it comes to transracial adopting — when an adopted child is of a different race/ethnicity from the adoptive parents — a loving home outweighs any other concern for what is best for the child. Yet, it makes sense that, if possible, a child should be placed with a family that shares a common cultural or racial background. 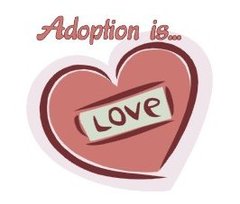 It’s not happening in some cases.

In 2008, 21.5 percent of adopted children were of a different race than their adoptive parent. According to the 2011 Adoption and Foster Care Analysis and Reporting System’s (AFCARS) report, the three largest groups of children waiting to be adopted were: White (39 percent); Black (29 percent); and Latino (22 percent).

Though minority children comprise over 50 percent of children waiting for adoption, there seems to be more white parents deemed qualified to take on the responsibility of adopting a child.

A special report focused on adoption which was published as part of America’s Children: Key National Indicators of Well-Being, 2011 revealed:

There have been many anecdotal reasons offered as to why there are not more adoptive parents of color — income, lack of cultural understanding among social workers interviewing adoptive parents, unfamiliarity with the adoption process, etc.

Yet, one adoption agency is creating its own way of matching parents of color with children who share the same racial or cultural background — with help from the birth mother.

It’s one way to help birth mothers make an already hard decision a little easier by ensuring that their child will always feel like they belong in their new family. Yet, there are still only two sure factors that make any transracial adoption a success.

People ask me. “What about gay adoptions? Interracial? Single Parent?” I say. “Hey fine, as long as it works for the child and the family is responsible.” My big stand is this: Every child deserves a home and love. Period.
-Dave Thomas, founder of the Wendy’s hamburger chain and creator of the Dave Thomas Foundation for Adoption
Previous Post Promoting healthy eating from the ground up in Little Village's Hispanic community
Next PostLatino Walk of Fame: A must-see for every Chicano pilgrim

Promoting healthy eating from the ground up in Little Village's Hispanic community
1 Comment
Latino Walk of Fame: A must-see for every Chicano pilgrim