LatinaLista — A New York Times article that was published earlier this week revealing that Latino school children, who make up nearly a quarter of the public school population across the country, are less likely to see characters like themselves in books for young readers, struck a nerve among Latinos. 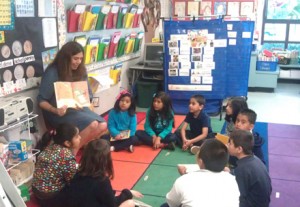 The problem is not that there aren’t books by Latin@ authors, it’s that Latin@ authors have been shut out by major publishing companies and are unable to get their books into schools. Unless (sic) you’re book is picked up by Scholastic or one of the other major companies you’re never going to get your book into the hands of students.

This article makes me angry because it does not even try to approach that part of the story. WHere’s the mention of Arte Público? Or other Latin@ focused publishing companies?

I feel pretty safe saying that there aren’t any Latin@s in positions of power at Pearson or Simon & Schuster to pick up books like yours and put them in students hands. Yet, we have the NYTimes reproducing this narrative that there are no Latin@ writers and no Latin@ books for kids when that is not the case at all. The books and authors that are out there have not been embraced by the major publishing companies. Not that I want to see good books go to evil companies like Pearson, but the fact that schools can’t even turn to independent presses where our books are most likely to be found is a major problem.

It only makes sense that if children saw themselves reflected in stories they would have greater motivation to read. As it is, the same NYTimes article reports that “just over 3 percent of the 3,400 books reviewed were written by or about Latinos, a proportion that has not changed much in a decade.”

With the key element of academic success being reading comprehension, the dearth of Latino-authored books is but one of several factors now coming to light possibly explaining why Latino children experience too many challenges when it comes to developing needed reading skills. Unfortunately, the lack of Latino storybook characters, according to a new study, is only a small part of a more complex equation predicting academic challenges for Latino students. The study, authored by pediatricians and sociologists, found that Latino children start school seven months behind their white peers, on average, in oral language and pre-literacy skills. On a bright note, Latino children excel at being social.

Yet, as any Latino student knows, being social is frowned upon in the US school system. Talk too much and it’s time-out, always being separated from the group. However, it’s that separation that works against most Latino children in light of yet another study that outlines how school children, who don’t read at the levels they should be, won’t be able to improve their reading skills until they have a better grasp of basic vocabulary.

And how does one expand their vocabulary? For most Latino students, it’s more through conversation than actual studying and memorizing a word list.

The National Assessment of Educational Progress released their annual The Nation’s Report Card on Vocabulary and found that Latino students consistently score among the lowest in 4th, 8th and 12th grades when it comes to vocabulary.

If their success in reading skills hinge on their vocabulary growth, then it’s clear that the strength of social interaction, that Latino children already possess in spades, should be capitalized upon to encourage vocabulary growth. At the same time, more books/e-books authored by Latino authors should be part of school and home libraries. In turn, Latino students won’t just be able to improve their reading comprehension skills — by eagerly reading books that reflect them and their realities, but improve their vocabulary which will translate into better test scores, academic achievement and a successful future.