LatinaLista — It seems like every other month some product made in China or Mexico is being recalled in the United States because unhealthy levels of lead were found to be in it. The latest was a shipment of Halloween costumes made in China. 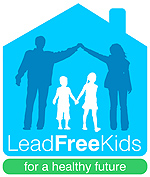 Federal inspectors have seized nearly 1,400 Chinese-made pirate costumes being shipped to Seattle after high levels of lead were found in the buttons and the trim.

The costumes, worth about $10,000, had 11 times the legal limit for lead, said Mike Milne, a spokesman for U.S. Customs and Border Protection in Seattle. The pirate outfits were headed to a Seattle-area distributor and will eventually be destroyed, he said.

According to LeadFreeKids.org, children are the most vulnerable to exposure from lead-based products and some of those products are as close as the paint on the walls. In fact, lead paint poisoning affects over one million children today. Yet, lead poisoning is still considered the most preventable environmental disease among young children — if parents know about it.

This week is National Lead Poisoning Prevention Week. There are some basic facts that everyone should know — what lead poisoning does and how someone with it behaves:

Deteriorating lead-based paint and paint dust can be poisonous, especially for children. If not detected early, children with high levels of lead in their bodies can suffer from:
– Damage to the brain and nervous system
– Behavior and learning problems, such as hyperactivity
– Slowed growth
– Hearing problems
– Headaches

In rare cases of acute lead poisoning from ingestion of lead, children can suffer seizure, coma and even death.

Lead poisoning is not easy to detect. Sometimes no symptoms occur and sometimes the symptoms are the same as those of more common illnesses like the flu. Early signs of lead poisoning are:
– Persistent tiredness or hyperactivity
– Irritability
– Loss of appetite
– Weight loss
– Reduced attention span
– Difficulty sleeping
– Constipation

Medical professionals say a simple blood test can tell if someone has lead poisoning. In this inter-connected world, where safety standards aren’t the same from one country to the next, it’s a natural consequence of progress that one country’s lapse in safety becomes another country’s problem — but education, vigilance and a pro-active response can make that problem less of one.

The Centers for Disease Control recommends

children, environment, Lead
Previous Post It's time to reconnect with Nature — before we face an environmental cliff
Next PostIntrn'l Video: New film shows Mexico still has much to be proud of and share with the world

It's time to reconnect with Nature — before we face an environmental cliff
Comment
Intrn'l Video: New film shows Mexico still has much to be proud of and share with the world