Latina Lista: News from the Latinx perspective > Life Issues > Children > New education report shows while school has changed, it remains the same in putting Latinos and blacks at risk for failure

New education report shows while school has changed, it remains the same in putting Latinos and blacks at risk for failure

LatinaLista — Just how bad the economy is depressing the job market for teenagers became crystal clear in a new report issued by the National Center for Education Statistics. The Condition of Education 2012 shows that high school student employment is at its lowest since 1990 — in 2010, only 16 percent of high school students were employed compared to 1990 when 32 percent had a job. The irony is that the level of extracurricular activities was virtually the same between the two target years. 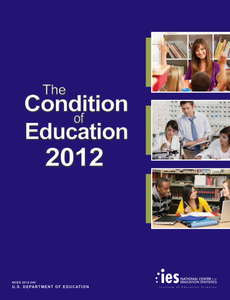 The report shows that while students have made strides in education since 1990 — more students taking math and science courses, drop-out rates for blacks and Latinos have fallen and high school graduation rates have improved — there remain areas for major improvement.

Notably is the high school dropout rate. While the report documented improvement over a ten-year period, it also showed that students of color still drop out at higher rates than whites. According to the report, other disparities exist as well:

Yet, while the report showed that while some things “appeared” to have changed, but were really still the same, other things emerged as new trends highlighting the true changes happening in the educational system:

It’s a great irony that while educators are advancing their skills and methodologies to keep up with 21st Century educational demands that students of color would still be relegated to second-class treatment from these same school districts and educational systems that know where they are failing these students but have little willpower to change it.

Mexico — Mexican students demand media help them make an informed vote in upcoming presidential elections
Comment
The GOP made it official. War on Latinos, gays, the poor and — working women!