LatinaLista — Temperatures are warming up. School is winding down. Kids are looking forward to doing their favorite summer activity — swimming. Unfortunately for too many Latino children swimming can be a death trap. The Centers for Disease Control (CDC) reports that 62 percent of Latino children and 70 percent of black children between the ages of 5 and 14 drown at higher rates than white children. 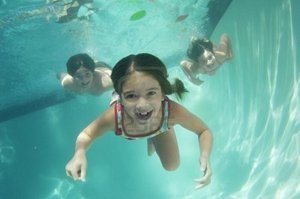 The reason is simple — they don’t know how to swim. The bad news is that with city budgets being slashed and neighborhood programs being eliminated, a lot of these children may not get the opportunity to learn and that could spell trouble.

The U.S. Consumer Product Safety Commission (CPSC) just launched their annual Pool Safely: Simple Steps Save Lives campaign. The objective is to convince more parents — especially Latino and black parents — to get their children swimming lessons if the kids want to be around the water this summer.

Inez Tenenbaum, safety commission chairman, said “there’s no question” that not knowing how to swim contributes to the deaths of minority children who drown in pools and in natural bodies of water such as lakes, streams or the ocean.

“We are focusing on minority children because the data show they are most at risk for drowning,” she said in a telephone interview with an Associated Press reporter.

“It’s a cultural issue, because many of the African-American and Hispanic children have parents and grandparents who never learned to swim,” Tenenbaum added.

As an incentive to show why swimming lessons are a good idea, the campaign released this year’s statistics on drownings and injuries:

But what do parents do who don’t have money for swimming lessons or can find lessons nearby?

One option is to find lessons — online. In Latina Lista’s research on online swimming classes, one web site stood out. It originates from Australia and is sponsored by Aquatic Achievers, an organization that teaches children how to swim.

The website, uSwim, has instructional videos broken down by age and skill levels that walk parents through each step of teaching children how to swim. Each video has an accompanying transcript that can be printed out and taken to the pool; of course, there’s even an app now that makes it convenient too.

The site is comprehensive in answering questions, providing tips and making the process as enjoyable as possible. And according to the site, it doesn’t matter if a parent knows how to swim or not.

You do not need to swim to be able to teach swimming. Some of our best teachers over the years have been non-swimmers. As long as you are comfortable in the pool, and able to stand with your head above the water and move around freely, you can communicate with the child and show them the correct actions and give appropriate support.

While it would be ideal for kids to be enrolled in a swimming class, this site offers the next best alternative in keeping children safe around the one activity almost every child can’t wait to dive into.