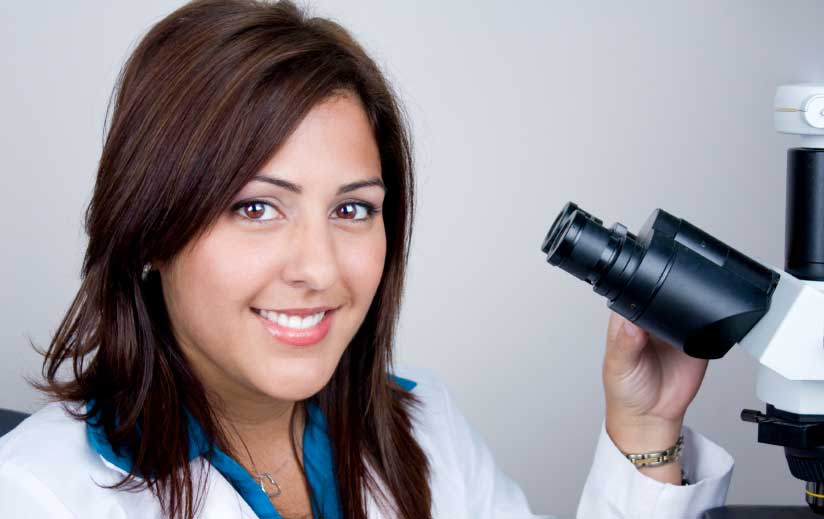 Last week I was at a meeting of community organizers to discuss engagement of Miami’s Hispanic communities on climate change. At the end of the meeting one of the attendees came up to me and said I was the first woman scientist whom she had ever met.

I was surprised to hear that, but when I thought back, I realized I have met very few women scientists myself, and only three or four of them were Hispanic. Actually, all my professors, in both graduate and undergraduate science courses, were male and either White or Asian, no women and no Hispanics.

Though Latinas make up about 8 percent of the U.S. population, with numbers expected to triple by 2050, we make up only somewhere between 1-2 percent of science and engineering PhD’s in the US.

In graduate school, I learned that a good question is more useful than a good answer. It’s our inquisitiveness that moves scientific knowledge forward.

The research that scientists choose to pursue influences our lives in very profound ways, for example: our health care; the way our cities are designed; what our children are taught in school; and even how products are marketed to us all result from scientific research.

The questions that scientists form come from a variety of experiences and unique collections of knowledge. This is why diversity is so important, because the questions we choose to answer come from not just who we are as scientists, but more importantly, as people.

Latina scientists can pose questions that are most relevant to our communities. We can provide unique perspectives. I think about how my grandmother and the other neighborhood abueltias would use natural cures for a variety of ills. For example, they used cucumber, melons and pumpkins to ease the symptoms of high blood sugar.

This has proven to be useful as a basis for modern medical research. Funny, one such abuelita used cinnamon as the key ingredient in her “love potion” perfume, and a few months ago I came across a scientific journal that identified cinnamon as a potent scent for human male attraction.

From critical to simply curious topics, our knowledge, values and history can open up the sciences in new and innovative ways.

The term STEM is frequently used among scientists and science educators. It stands for Science, Technology, Engineering and Math and represents a group of fields that are key components of the US workforce.

There are many organizations that make STEM education a priority. These include NASA, US Department of Agriculture and the National Science Foundation. Each has scholarships and programs on their websites designed to attract underrepresented minorities.

As parents, we can make sure that our girls are given every opportunity to participate in STEM-related classes by recommending placement in appropriate courses and maintaining high expectations for them.

We must continue encouraging our girls to pursue these traditionally male fields and look for learning opportunities beyond the classroom, such as local museums, local park programs and libraries.

My mother, though not college-educated, pushed me to study math and science (I was not very good at it at the time and failed often). She made every effort to engage me in studies of the natural environment by taking me to parks, joining Girl Scouts, taking me to lectures and events at the local community college and choosing library books that featured amazing female role models.

The investment she made allowed me to work as a scientist today. My questions as a scientist focus on climate change and how it will impact US Hispanic populations. I feel I am uniquely qualified to study this subject, and potentially, find solutions to it — not just because of my academic training, but because I am Latina.