By Margaret Ramirez
LatinaLista — The United States of America has a population of over 308 million. With so many people, it is no surprise to learn that the U.S. is one of the largest energy consumers in the world.

Energy consumption has increased at a faster rate than energy production over the last fifty years; a concerning fact which has organizations like Green Peace, Sierra Club, and many others trying to resolve this global issue by advocating energy preservation whenever possible. 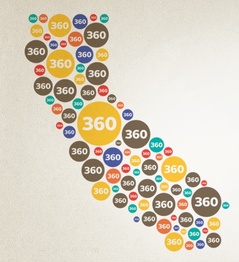 “Green” stories have flooded the media and headlines like Energy Conservation, Alternative Fuels, Alternative Energy Strategies, and Green Buildings, are part of the daily news. In fact, one of President Obama’s campaign promises was to address the energy crisis… along with healthcare reform, fixing the economy and preventing his dog Bo from dirtying the Oval Office.

High-energy consumption rates are alarming, but what does it all mean to Latinos? And what are we doing about it?

The truth is, ‘green’ culture has not made it into the Latino mentality, let alone their home.

Unfortunately, when you Google Hispanic energy conservation organizations in the U.S. you find nada (nothing) or casi nada (almost nothing). This doesn’t necessarily mean that Latinos don’t care, or are not open to learning about what they can do to preserve energy.

It just means that they might not have had the exposure and understanding of the benefits of energy conservation. Part of the problem is that we’re all part of the problem. We waste a third of the energy in our homes and most of us don’t even know it.

But there is light at the end of the tunnel.

This lack of education is slowly starting to disappear, and one of the states taking the lead in educating its Hispanic citizens is California.

A new campaign by the name of Engage 360 launched earlier this year in the Golden State, and is one of the only energy conservation campaigns that also targets Hispanics in their communities and in their language.

With a growing population of 37 million plus, California is one of the largest emitters in the United States of harmful gases that impact our quality of life, and electricity production is the second-largest source of emissions in the state.

Meanwhile, the demand for electricity and natural gas continues to grow with statewide electricity consumption forecast to increase by 12 percent over the next decade.

Engage 360 is California’s smart energy initiative, aimed at increasing consumer awareness and participation in energy-saving activities. It ‘engages’ families, community leaders, state government and utilities, all working together toward the same goal: to encourage every Californian to take simple actions at home to save energy and make a collective impact to ensure a brighter and stronger future.

An example of one of these easy actions is to set your refrigerators to 39°F and freezers to 5°F. If your fridge is 10°F too cold, you’re using up to 15 percent more energy, and the fridge doesn’t need to be colder to keep food safe.

Another simple tip is changing the temperature on your AC this summer from 72°F to 76°F. That small change can save you about 15% on your electricity costs.

By promoting energy efficiency and conservation, Engage 360 not only improves public health, it actually saves money — for every dollar spent on energy efficiency, an average of two dollars is saved by not investing in more expensive power plants or transmission lines.

Let’s follow the leader – California’s Engage 360 that is. It is going to take a lot more than just changing light bulbs, but if we get educated on the matter and can unplug wasteful habits, update inefficient appliances, and unite each other, then the goal will be reached.

With a Hispanic population of almost 19 million in the U.S., we can all make a difference, one small habit change at a time!
Margaret Ramirez is an Engage 360 Community Manager. More information on Engage 360 can be found on Facebook and on their website.