Latina Lista: News from the Latinx perspective > Life Issues > Education > New Pew research underscores something is wrong with the education of Latino students

LatinaLista — The latest report on the status of Latino college enrollment rounds out an interesting snapshot. Though the high school dropout rate is the highest among Latino students, and is a statistic that fits with the popular stereotype of what some believe is the norm among Latino youth, today’s report from the Pew Hispanic Center shatters that perception. 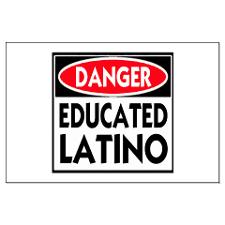 Pew researchers found that Latino enrollment in colleges hit an all-time high in 2010, eclipsing all other student groups.

Hand-in-hand with that college enrollment news, the researchers also found that Latino students were overrepresented in community colleges. It’s not surprising. With so many Latino families middle to low-income, community college is the only affordable option.

The report went on to explain that while it’s true more Latino students understand the value of higher education and want it and so are enrolling at higher rates, they’re not finishing at those same rates.

In fact, the researchers found:

The report’s authors feel the low levels of completion are due to the fact of Latino immigrant students’ low levels of schooling but there may be another reason.

Could this disparity, found with both the ACT and in the Pew report, be because Latino students aren’t receiving the proper high school instruction they desperately need to succeed in college?

The Pew found that more Latino students are finishing high school (73% in 2010 from 70% in 2009) and its assumed that those same ones are enrolling in college for the most part, if not going into the military.

But if they don’t have the proper academic skills to keep up with the work, it’s easy to see why they’re dropping out of college.

The findings of this report, as with the recent ACT report, should serve as a wake-up call that there is something seriously wrong with the education of Latino students. They have the desire to succeed in college; they’re taking the necessary tests; they’re enrolling in higher education but why do they hit a brick wall when they’re sitting in that classroom?

The answer is clear, if only the solution was.