Video: Reminding people words do matter when talking about the disabled 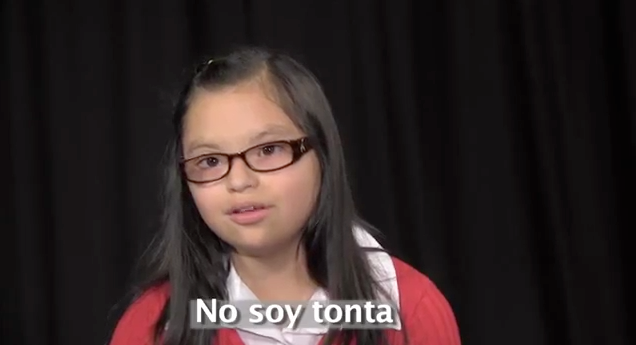 LatinaLista — In 2012, the U.S. Census reported that about 57 million people in the country have a disability. Disabilities range from severe to mild, cognitive to physical, but what hurts more than the disability is to hear how some people talk about others with disabilities.

Though there has been an effort to make people aware of the words they choose to talk about people with disabilities, there are still countries/cultures where referring to the disabled in derogatory terms is still accepted and done without conscience.

Unfortunately, Spanish is one of the languages in which it is not uncommon for people to use unflattering words to describe people with disabilities. This sad fact was noticed by University of Texas (UT) student Billy Hrncir. Originally from Laredo, Texas, Hrncir was disturbed by the ease of some Spanish-speakers to use derogatory language about the disabled.

“He questioned whether or not people who speak Spanish are ‘getting the memo’ about person-centered language.”

Luckily, Hrncir was part of the “Attitudes, Power and Oppression: Introduction to Disability Studies,” an upper-division elective in the School of Social Work at UT — and a class especially equipped to get out that ‘memo.’

To combat the ignorance and heighten the awareness of just how much words do matter when talking about the disabled, Hrncir and his classmates created two public service announcements — one in English and one in Spanish.

After seeing either one, it’s hard not to remember that words do hurt.

derogatory words, disabled, respect, University of Texas
Previous Post Two entrepreneurs bring the adrenaline rush of Running with the Bulls to US shores
Next PostLas Chicanas: “Their stories are important and need to be preserved”

Two entrepreneurs bring the adrenaline rush of Running with the Bulls to US shores
Comment
Las Chicanas: “Their stories are important and need to be preserved”