LatinaLista — The depth of the average American’s ignorance in understanding Latinos was never more clearly illustrated than during the confirmation process of now Supreme Court Justice Sonia Sotomayor. 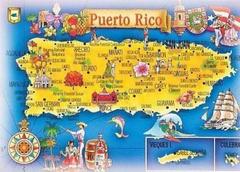 Back then, there wasn’t a day that went by that someone didn’t question her citizenship status. The ignorance displayed with such a question, which actually was more of an accusation, underscored how disconnected the American public was and remains in understanding the nation’s relationship to Puerto Rico — a US territory.

In preparation for President Obama’s upcoming trip to the island — the first from a sitting President since John F. Kennedy, the Pew Hispanic Center has released a statistical profile of the second largest US population of “Hispanic-origin” people (Mexican-Americans are the first) — both in Puerto Rico and those living on the US mainland.

The profile reveals a demographic that is unique among US Latinos, because unlike their peers in the Latino community, being born in the motherland of Puerto Rico doesn’t prevent them from rightfully claiming US citizenship or voting in federal elections when they move to the United States mainland.

And according the Pew Hispanic profile, there are more Puerto Ricans moving to and living on the mainland than there are staying behind on the island.

Some highlights of the profile are:

Most Puerto Ricans in the United States — 2.9 million in all — were born in the 50 states or the District of Columbia. Additionally, one-third of the Puerto Rican population in the U.S. — 1.4 million — was born in Puerto Rico.

Puerto Ricans are less likely than Hispanics overall to be married — 37% versus 45%.

A majority (56%) of Puerto Rican women ages 15 to 44 who gave birth in the 12 months prior to the survey were unmarried. That was greater than the rate for all Hispanic women–40%–and the rate for U.S. women– 35%.

Puerto Ricans have higher levels of education than the Hispanic population overall.

Previous Post U.S.A.: Latino community has no shortage of strong role models so where are the mentors?
Next PostUnited Farm Workers asks nation to sign petition supporting Fair Treatment for Farm Workers Act