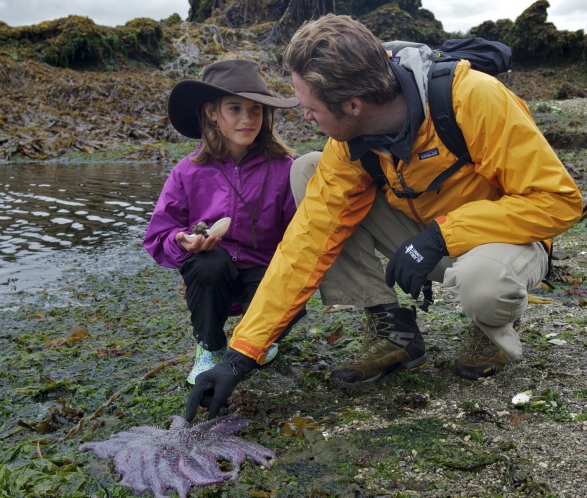 LatinaLista — For one generation, the surname of Cousteau reignites memories of mini subs,deep sea diving and nature’s wonders that lie beneath the sea. For another generation, the name is just a name — in French.

Sadly, the vast majority of today’s youth don’t know about the work of Jacques Yves Cousteau but they, along with everyone else, are learning that our environment is no longer as healthy as it once was.

That’s where a new generation of Cousteaus come in — Philippe and Alexandra Cousteau, Jacques’ grandchildren. In 2010, the brother and sister created a science educational initiative in memory of their family’s legacy to environmental conservation.

Called EarthEcho, the organization’s global mission is to empower young people to take action to restore and protect the world’s oceans.

Such a ‘deep’ goal is accomplished via several programs EarthEcho has been operating the last couple of years:

The first expedition is already lined up:

Beginning September 3 in one of the world’s largest aquatic dead zones located in the center of the Chesapeake Bay, the expedition will investigate “the depths of urban storm drains to scuba diving in the heart of the dead zone.”

EarthEcho is now reaching out to Latino students with another new initiative that teaches students how to address environmental issues closer to home.

The pilot program will provide an opportunity for participating educators and their students to create and implement environmental projects that involve and benefit their communities.

“Through this partnership, EarthEcho is furthering its commitment to fulfill the fundamental needs of young people of all backgrounds and cultures to live in a world where a healthy environment supports healthy communities,” said EarthEcho International President and Co-founder, Philippe Cousteau, Jr.