Latina Lista: News from the Latinx perspective > Life Issues > Education > Though more Latina youth go to college, many drop out before getting their degree

Though more Latina youth go to college, many drop out before getting their degree

LatinaLista — The future of this country takes on desperate importance with each passing day given the ongoing debt debate, the continual low educational rankings of our school children compared to their global counterparts and the rising costs of higher education. 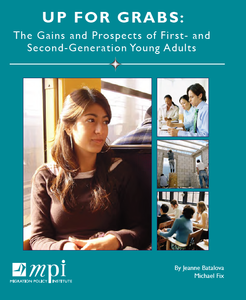 While some would debate the value of a college degree these days, there’s no doubt that in the long run a degree is worth the investment. Among immigrant-origin youth — children who are either immigrants themselves or the US-born offspring of immigrants — the importance of having higher education is understood, though not always achievable.

According to a new study published today by the Migration Policy Institute titled UP FOR GRABS:The Gains and Prospects of First- and Second-Generation Young Adults, immigrant-origin youth, ages 16-26, comprise one in four people in the nation.

All 11.3 million of them will be the nation’s workforce in the coming years but findings of the report paint a dismal picture of just how prepared tomorrow’s workforce will be considering that there are 3.2 million second-generation Latinos within this group who still lag behind their peers in walking across that stage.

While Hispanic second-generation women are enrolling in college at the same rate as third-generation non-Hispanic white women, with 46 percent enrollment, they trail their white counterparts by 18 percentage points when it comes to completing an associate’s degree or higher by the age of 26 (33 percent compared to 51 percent).

Without even looking at the report, one can guess why these young women aren’t finishing school by the age of 26 as their white peers seem to be doing — family/children responsibility, jobs, school affordability.

Taken all together, these reasons have always been enough to make any student appear to be a “professional student” and prolong the quest for that degree.

Some can stay on track and graduate but for too many “life” just gets in the way.

Because Latina students don’t finish, their job opportunities aren’t as good, as not only their white peers, but even other immigrant-origin youth.

The study underscores the fact that while Latino immigrant-origin youth have the ganas to go to school, unlike other demographic groups, Latino youth are more willing to put their education on the backburner when it comes to fulfilling family and economic responsibilities.

Authors of the report recommend:

…these prospective students will need flexible scheduling and financial aid. Their chances to succeed educationally given competing work and family-related pressures will be greatly improved if they are offered fast-track remedial courses, counseling, and mentorship programs on college campuses.

Findings reinforce the need for accessible pathways that allow students to make the transition among adult basic education, non-credit occupation training, and for-credit postsecondary certificate and degree programs without losing credentials. States can help this transition by determining which courses and programs are fully transferable from two-year institutions to four-year institutions.

And perhaps the most important recommendation:

The educational and economic future of a large number of first-generation youth depends on legislative immigration reform. The fact that a large share of first-generation youth is unauthorized suggests that access to many postsecondary education institutions and to good jobs will require immigration reform, such as enactment of legislation like the DREAM Act or more comprehensive measures.