Latina Lista: News from the Latinx perspective > Life Issues > Enjoying a sip of El Salvador in the Midwest

Enjoying a sip of El Salvador in the Midwest 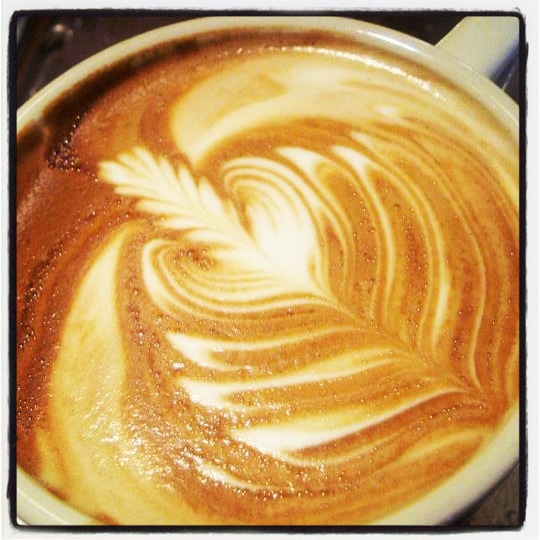 What we do with coffee is essentially the same worldwide: Brew it and drink it; however, coffee goes beyond a single cup. Not only because every bean is different, but because anyone can ruin coffee along the way.

It is truly a complex process, from picking the cherry, to removing the pulp and parchment around the beans, to sorting, to roasting, to grinding. Indeed, many things can go wrong. But for Margarita Gaberino, a Salvadoran living in Tulsa, Oklahoma, for more than 12 years, coffee is always right. And it has been right since 1870, when her great-great grandfather started a legacy about 2,000 miles away from the Midwest.

The family business was brutally affected in 2001, due to an extreme global coffee surplus. The prices were dropping to the point that it was too expensive to produce one pound of coffee than for what a Salvadoran farmer could earn by selling it.

Margarita decided to fight for her family heirloom. It was not a choice to abandon a dream that took almost 150 years and six generations to achieve. So, despite the vast distance that separate the slopes of the Santa Ana volcano in El Salvador to Tulsa, Margarita and her husband, John, put together what marketing specialists may call a crop-to-cup business model; that is a Plan B, cutting out the middleman, taking over the mill and roast and shipping process, and perhaps the most enthusiastic part: selling it to local businesses in Tulsa.

Plan B worked. “We used my nickname from childhood – Topéca. That was the name of our plan and our business,” she said while brewing a double espresso at one of her shops located inside the historic Mayo Hotel, in downtown Tulsa. “My great-great-grandfather, Rafael Alvarez, left his home country in Colombia in search of wealth and happiness in El Salvador.” Then she paused and smelled for a few seconds her espresso. It looks for a moment that she has traveled back to the remote Salvadoran frontier. “With his family, he brought a cafeto [coffee tree], or I should say an extraordinary cafeto. It was a ‘Typica’,” a strain of the original Arabica coffee bean.

“Some people thought it was a really crazy idea to bring coffee beans from El Salvador to Oklahoma,” she said. “But immigrants love challenges, right?”

Margarita convinced her brother, Emilio López Díaz, to handle the process in El Salvador. Meanwhile, her husband persuaded a local gourmet grocery store to let him have a kiosk selling coffee. “It was difficult, long hours, but it was the right thing to do,” said Margarita while she grabs her cup to sip another drop of her favorite espresso.

While touring the roaster, John Gaberino shared, “Topéca is now one of the few companies in the world that controls its coffee beans from time they are planted to the time they are roasted. This process, which we have dubbed “Seed-to-Cup”, allows Topéca to control the quality with an obsessive level of attention.”

“From the time the coffee is picked from the tree it is in a constant state of change. We do our best at every step of the process to capture and preserve the unique qualities of the bean.”

The business is thriving. It has about 40 full-time employees in El Salvador, and almost two dozen in Tulsa. Topéca sells more than 100,000 pounds of their total production through a massive roastery in downtown Tulsa, which is a 7,000-square-foot former industrial space, also the company headquarters, warehouse, and staff training facility.

“Coffee is culture and tradition,” said Margarita, who was about to start planning for her weekly cupping, a special tasting of the many coffees they have to offer to test quality and consistency. “Coffee stops time. It’s like life itself. It takes time to savor it, every bit or sip of it.”

Margarita left with a question … and added her answer right away: “Can you imagine a life with no coffee?” she smiled and proceeded: “Without our daily elixir, a lot of us would be irritable and lost – or at least dangerously sleepy.”

Juan Miret is a Tulsa, Oklahoma-based freelance writer who writes about the greater Oklahoma Latino community for various media outlets, as well as, for his own site Eñes and W’s. (Photos Credit: Juan Miret)