LatinaLista — There’s a growing list of areas where the United States can no longer claim to lead the world — life expectancy, media education, student performance in reading, math and science, traffic safety, quality of healthcare, female corporate board members, women in politics, youth investments and now a new area that if further ignored will only lead to catastrophic repercussions for the country — getting ready for climate change. 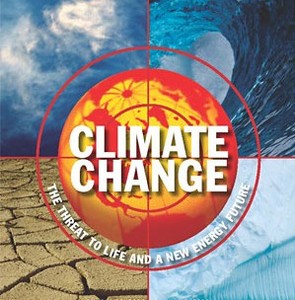 According to a survey of 468 cities around the globe by the Massachusetts Institute of Technology, United States’ cities rank the lowest in planning for the effects of climate change. What’s embarrassing for the U.S. is that the two countries where cities rank the highest in recognizing the impending challenges of climate change are close to home — Canada and Latin America.

Cities in Latin America and Canada have the highest percentage of planning — 95 and 92 percent respectively— while the U.S. has the lowest, at 59 percent.

Unfortunately in the U.S., a scientific reality has been reduced to a debate based on political and religious ideology where one side feels secure to ridicule the facts in the face of escalating temperatures, the development of super storms and long-lasting droughts.

Climate change is expected to manifest through shifts in precipitation and temperature, sea level rise and greater frequency and intensity of natural hazards. These changes in urban climate have the potential to significantly impact cities, causing harm to infrastructure, buildings, and other assets, affecting the health and well-being of local populations and altering environmental quality.

In the survey, the authors cite two reasons for the United States dismal showing. One reason is funding. Not surprising that too many cities can’t see beyond the present where budgets have been slashed and agencies are scrambling to see how they can continue to serve their residents.

The other reason is the more telling one that has the potential to worsen conditions in the U.S. —

“Lack of resources and limited appreciation by local officials and national governments makes it difficult for cities to make significant gains in adaptation,” the report says.

VIDEO: With climate change worsening, hope is but a tree away