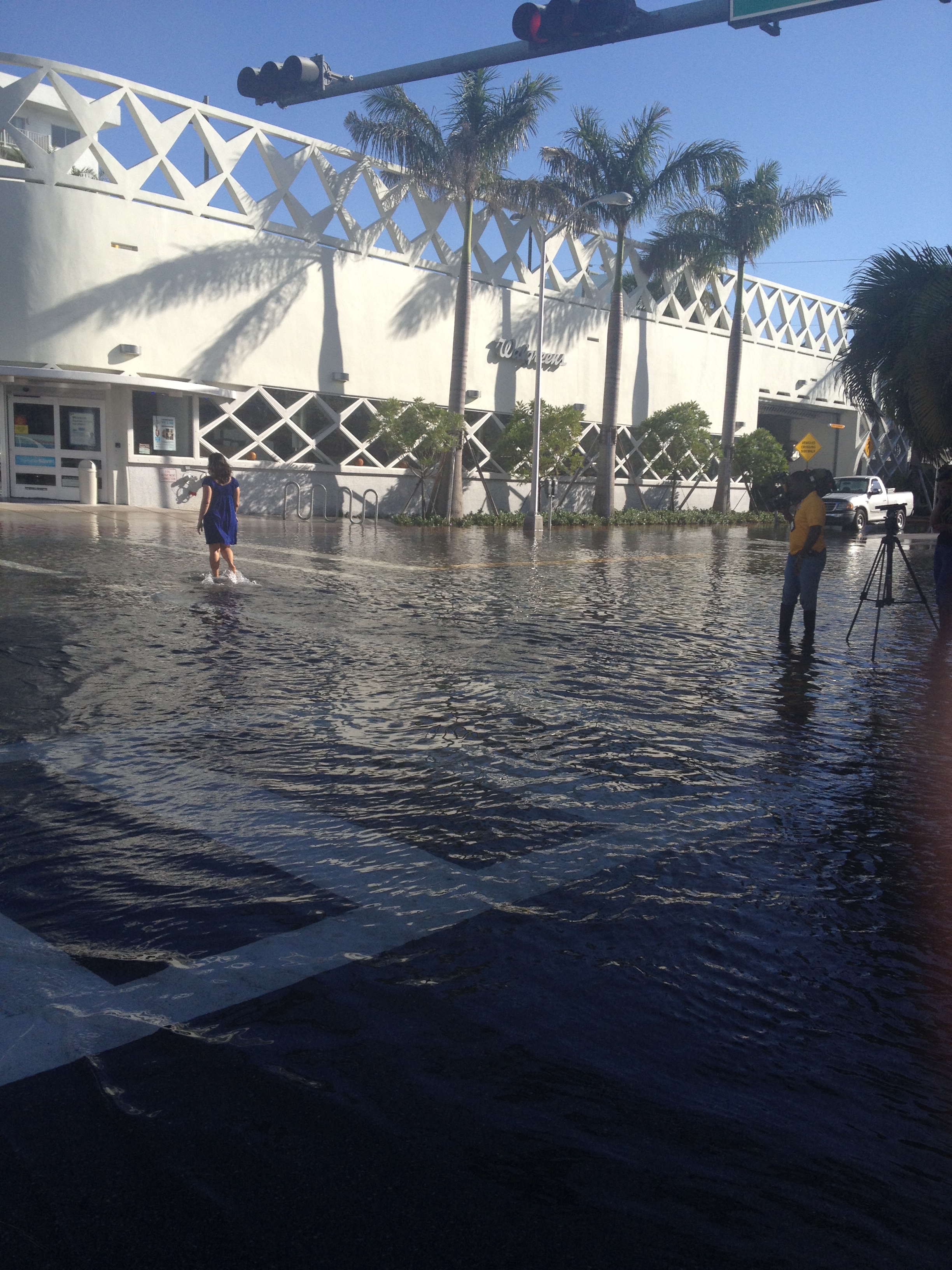 As a sea level rise researcher I try to better understand the impacts of sea level rise on the U.S.– fiercer storms, polluted water, and loss of land. There is a lot of information on what places will be underwater in the next 20, 40 and 80+ years, and the projections are grim.

There are also efforts underway to figure out what kind of people are most at risk: are they rich or poor? young or old?

As a Latina I am particularly interested in what the research has to say about U.S. Hispanic communities. So far, though, there is little information on what sea level rise means for us. But as I was looking at Climate Central’s list of the most vulnerable U.S. locations to sea level rise I noticed they all had something in common — I have family in these places: New York, California, North Carolina, Florida, and Texas.

Latinos at Risk
I pulled up the 2010 census report, and as you can guess, these are the same places that have the largest and/or fastest growing Hispanic communities in the country.

For example, Miami is the number one, I repeat THE NUMBER ONE, most economically vulnerable place to sea level rise, in the world. It also happens to be 70% Hispanic.

If we don’t pay attention to this issue our communities will suffer. Because of the rate of sea level rise and the severity of its consequences the immediate future of our local economies, public health and natural resources all hang in the balance.

Rising Seas, Rising Hopes
As we saw in the Presidential election, the Hispanic voice is clearly a powerful force that is shaping the future of the U.S.

Many Hispanics, like me, are first-generation immigrants and understand the sacrifices that are required when starting a new life in a new country. These are sacrifices that we gladly make to provide a better life for ourselves and our families.

But while we work to build a future, the looming threat of sea level rise is endangering what we are working so hard for. It is critical that we educate ourselves and make our voices heard on this issue.

Our leaders not only need to be aware of sea level rise but must be thinking of innovative ways to prepare us for the changes that are coming. While we all live busy lives, it requires very little of us to call or write our leaders and, of course, vote in ways that will determine what kind of future we leave for the next generation.

As Americans, making our communities resilient in the face of sea level rise may be one of the greatest contributions we make as we take our shot at the American dream.