LatinaLista — Now that the Latino population has fully come on the radar of American politicians and businesses, everyone is trying to figure out Latinos. 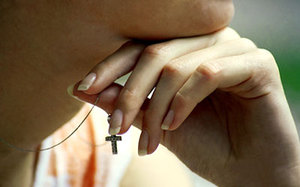 The latest study claiming to shed light is “Hispanic America: Faith, Values & Priorities” produced in partnership with the American Bible Society and the National Hispanic Christian Leadership Conference, among others. The study surveyed a total of 2,046 Latinos, both online and offline, between August and September 2012.

Going beyond the religious views of Latinos, the study’s researchers felt that gauging Latino perspectives on language, culture, money, economics and family would also provide added insight to help complete a fuller picture of today’s growing population of Latinos.

Through the study, it was uncovered that:

“Faith and family are the main building blocks of Hispanic-Americans,” said Rev. Samuel Rodriquez, National Hispanic Christian Leadership Conference president and named by CNN as a leader of the Hispanic Evangelical movement. “Given the rapid growth of Hispanics in America, it is time to give more attention to this important segment of the American landscape.”