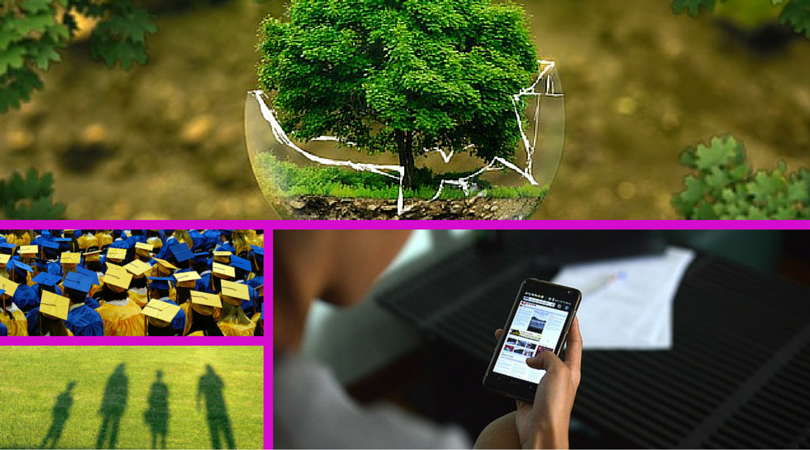 5. Latinos care about the environment

While that may not correlate with any action, it does mean Latinos favor things like reducing pollution and strengthening water conservation, which means we’re in tune with what 97 percent of the scientific community knows through decades of research.

See how Latinos care about global warming just as much as immigration.

4. Latinos are helping repopulate the midwest

Though the demographic change has received a mixed reception, the 2010 census found that from 2000 to 2010 the Latino population grew 49 percent in the rural midwest. States like Nebraska, Kansas and Iowa have seen this shift. Without factoring in Latinos, the midwest population grew by just four percent.

What that means is that Latinos are driving the creation of new businesses and giving school districts new generations to educate.

See and read a story about Latinos in the midwest.

The Census Bureau reported last year that a record low 14 percent of Latinos dropped out of school. While Latinos still had the highest percentage of drop-outs compared to Blacks, whites and Asians, the 2014 school year marked a 19 percent increase since 2000 of Latinos who completed high school.

This in turn has led to more Latinos going on to enroll in two- or four-year institutions, but as we noted in last week’s article, Latinos still lag in completing a college degree.

See a crowdfunder campaign about an effort to create a leadership academy for underserved high school students.

About 80 percent of adult Latinos say they stay up to date on the news and almost 70 percent believe that Spanish-language media does a better job of covering issues relevant to the Latino community.

Latinos have not fallen behind in the digital age as 56 percent consume news from the Internet on any given weekday. A lot of us get our news in both English and Spanish, so there’s a variety of available news.

Major networks have made efforts to create Latino-oriented news services like NBC Latino and Fox Latino to create and present content aimed at Latinos. It’s a good time to be a Latino news consumer.

1. Latinos are optimistic about their lives

A 2014 survey found that 73 percent of Latinos feel optimistic about their future and finances despite being aware of discrimination and socioeconomic inequities.

Similar to the support for environmental conservation, this attitude does not directly translate into a specific action, we can hope that this optimism matched with improved public schools and better opportunities will lead to a better future for the Latino community.

Before throwing out those leftovers, the EPA wants us to take the Food Recovery Challenge