Latina Lista: News from the Latinx perspective > Columns & Features > Global Views > Another kind of “smart pad” strives to keep women healthy and in-the-know about their bodies 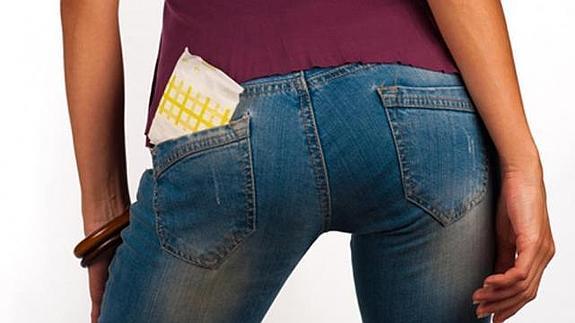 LatinaLista — Common sense says that when we are proactive about our health — have routine check-ups, perform self-examinations and pay attention to changes in our bodies — that we can usually avoid being in the late stages of a disease or illness when treatment is more costly and good outcomes questionable.

For women, this is especially true. Yet, for millennia, women have been throwing away something every month that could help in keeping women healthy — sanitary napkins. Researchers have discovered that within the menstrual flow there is vital information that if monitored cannot only keep women’s health on track but alert them when something more serious develops.

Gabriel Weinstein, an Argentine researcher and member of the international team developing Besense, the first “smart sanitary pad,” said, “We discovered that there are 300 markers that are not present in blood but in menstrual flow.”

The markers signal a range of medical conditions: low iron, cholesterol, cervical cancer, sexually transmitted diseases, cardiovascular diseases and HIV, among many others.

Weinstein, along with his team members, are participants of the California-based Graduate Studies Program at Singularity University, an unique benefit corporation that houses educational programs and a startup accelerator for the creation of “cutting-edge technologies” that have the potential to make a global impact.

Besense has that potential. Though it looks like a regular sanitary napkin, in essence it’s a tiny laboratory that analyzes, detects and alerts women to their physical condition. Comprised of three layers, the napkin’s first layer comes in contact with the skin, the second layer absorbs and filters the menstrual flow and embedded in the third layer is a tiny chip that is a sensor, a battery and a radio frequency transmitter.

Whatever the chip detects in the flow is relayed to the woman’s cell phone via an app. Instantly, a woman can see if there’s anything abnormal appearing and have a readout of her general health. If something should appear, then the woman can follow up with her doctor.

When asked about the price, Weinstein told Argentinian news site minutouno, “We did a survey and the people were super willing to pay a little more. Later on, we’re thinking of implementing (the same technology) into tampons.”

After further testing and securing investment, plans are to launch the product first in Brazil and then the rest of Latin America.

Besense from Singularity University on Vimeo.